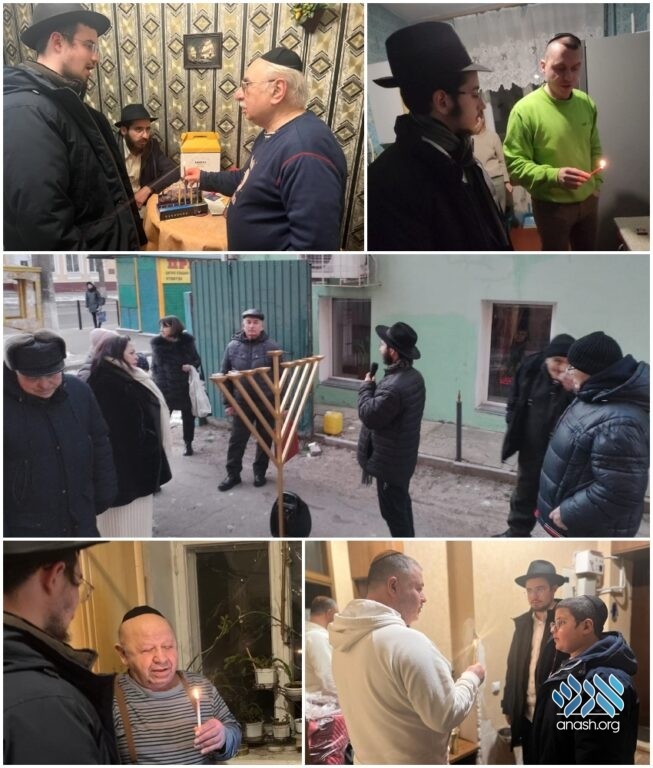 Lively Chanuka activities were held in dozens of communities throughout Ukraine thanks to 26 yeshiva students from around the world who came especially for the days of Chanuka.

Lively Chanuka activities were held by dozens of Chabad shluchim throughout Ukraine thanks to 26 yeshiva students from around the world who came especially for the days of Chanuka.

The team of Bochurim arrived as part of the Merkos Shlichus program founded by the Rebbe, under which young men are sent to help far-flung Jews. They visited dozens of Ukrainian cities helping locals cope with the ongoing war.

The Bochurim traveled around the country in Chabad Mitzva tanks decorated with Jewish symbols and visited the various Jewish communities, including some of the most remote places. They conducted public Menorah lightings, distributed Chanukah kits and donuts, bringing the joy of Chanuka to thousands of Ukrainian Jews.

The Chanuka operation is a project of Rabbi Moshe Kotlarsky, Vice-Chairman Merkos L’inyonei Chinuch. The field activity was organized by the Chabad relief network in Ukraine – JRNU.

The Chanukah campaign was headed by Itamar Wolf of Odessa, concluded Sunday night with the lighting of the eighth candle.