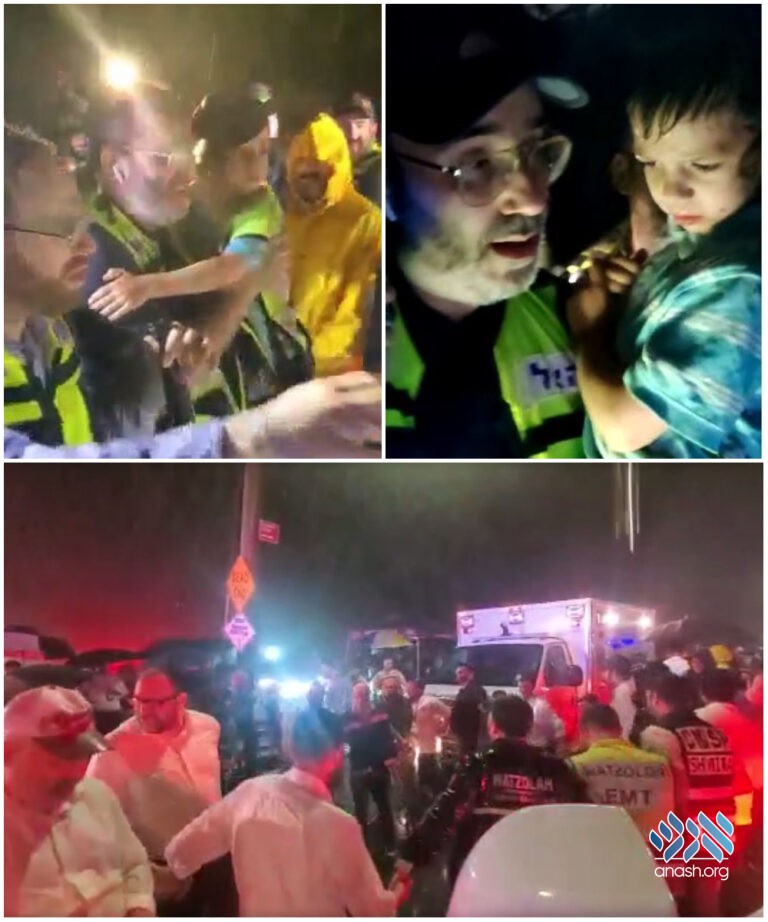 Hundreds of volunteers broke out in song and dance upon hearing that 6 year old Yosef Shapiro was found safe and sound, after having gone missing on a day camp trip in Canarsie, Brooklyn.

A massive search came to a joyous conclusion in Canarsie, Brooklyn, Wednesday evening, after a 6 year old child was found after he had gone missing on a day camp trip.

Hundreds of volunteers from Hatzolah, Shomrim and Chaveirim had joined the search for 6 year old Yosef Shapiro.

Yosef was on a day camp trip at a park in Canarsie at Seaview Ave and East 80 Street. The boys left the park on buses at around 3:00PM back to their camp, but Yosef somehow went missing – and may have never gotten on the bus.

A massive NYPD response combed the area by air, land, and sea. Sources told YWN that Mayor DeBlasio has requested as many resources as possible.

Sources tell YWN that a Hatzolah member searching near the beach heard a child saying “Tatty”. In the pitch dark, additional resources were sent to that location. Sure enough, Yosef was found. He is in good health and was reunited with his mother.

The incredible outpouring of Achdus was felt by everyone involved as hundreds upon hundreds of volunteers joined forces to find him.