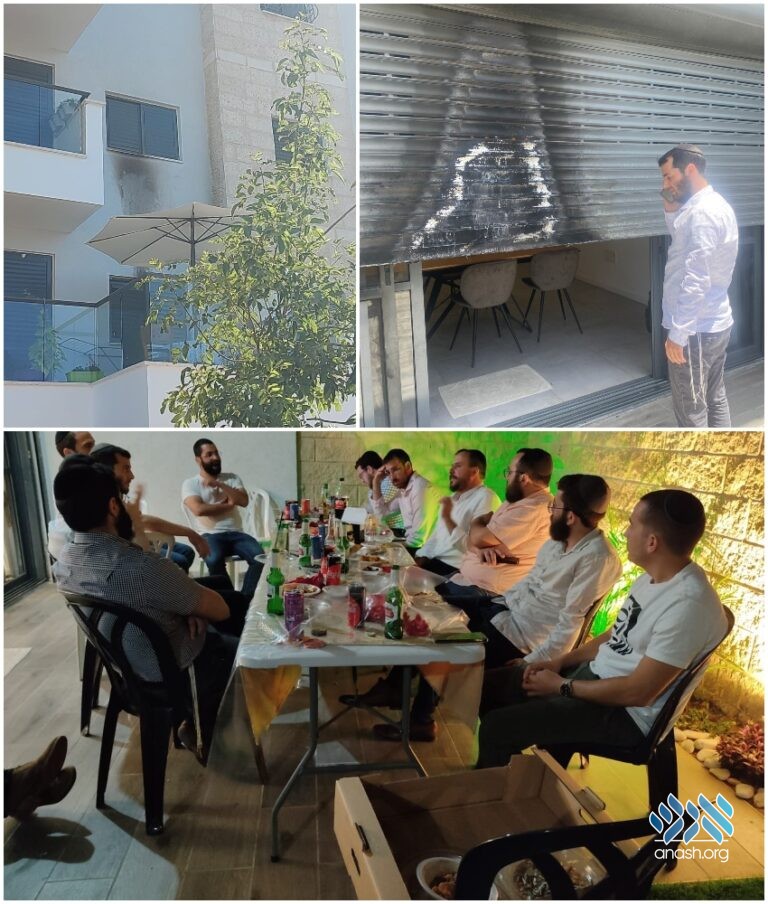 Three firebombs exploded in the yard of a Chabad family in Shikun Chabad in Lod, just minutes after a community meeting wrapped up there. Quick-thinking neighbors quickly extinguished the flames.

Three Molotov cocktails were thrown late Thursday night at a Jewish residential building in the Sha’ar Ha’ir neighborhood near the Chabad community in Lod.

The yard in which a Molotov cocktail landed, had just wrapped up a community meeting ahead of a planned fundraising event to benefit a newly established Chabad Shul in Givat Lubavitch.

Video obtained from the scene showed two suspects throwing Molotov cocktails towards the house. Israel Police have opened an investigation into the attack.

Police Commissioner Kobi Shabtai said Thursday, that Police have arrested over 350 people on suspicion of involvement in the violent attacks against Jews earlier this month.

Knesset Member Rabbi Meir Porush said the state must treat the rioters in Lod with a heavy hand. “It is inconceivable that residents of a city in Israel are afraid to leave their homes and need to organize shifts to protect their families. I will talk to the public security minister and the police chief and demand a police presence from them in order to restore calm to the city of Lod.”