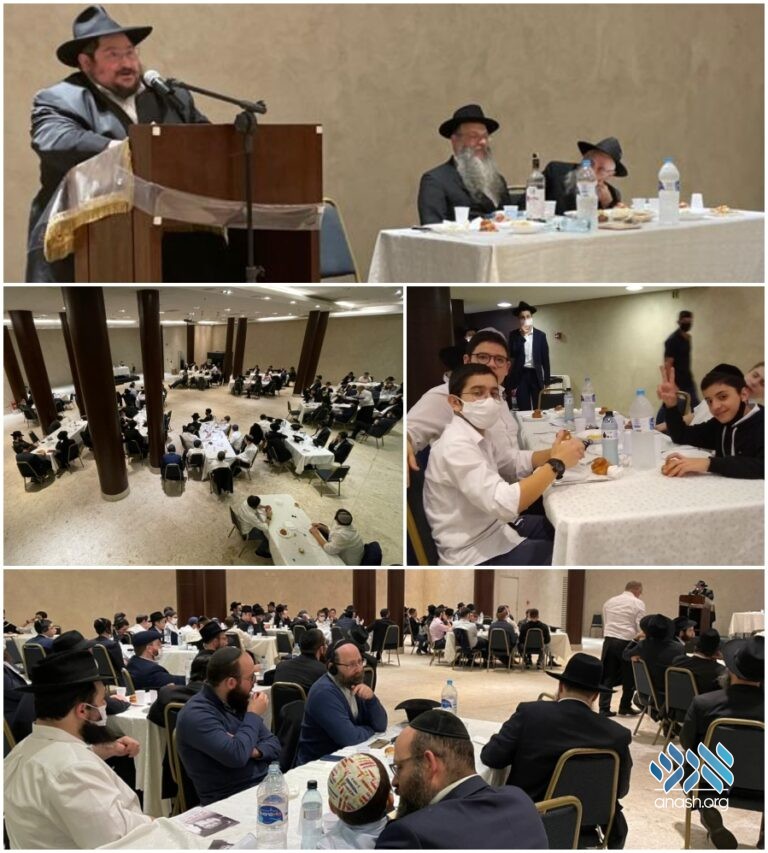 The Anash Community in S. Paulo Brazil came together on 28 Sivan for its first community-wide farbrengen since covid-19 hit, with guest speaker Rabbi Mendel Feller of Minnesota. His English speech was simultaneously translated into Portuguese for the benefit of listeners.

The Anash Community in S. Paulo Brazil came together on Tuesday for its first community wide farbrengen since covid-19 hit, celebrating 80 years since the Rebbe and Rebbetzin came to America on 28 Sivan, and in preparation for Gimmel Tammuz.

The Farbrengen was hosted at the Chabad of Itaim Bibi and was arranged by the Talmidim Hashluchim to Yeshivas Lubavitch S. Paulo.

Rabbi Mendel Feller, Shliach in S. Paul Minnesota flew in specially to inspire the crowd of over a 130 Shluchim, Anash and temimim. Rabbi Feller was joined by an array of speakers including Rabbi Shammai Ende, Rabbi Zalman Zajac, Rabbi Moshe Libersohn, and Rabbi Dovid Weitman.

With many participants not speaking a fluent English, Rabbi Feller’s farbrengen was translated in real time to Portuguese by professional translator Lilian Waksman.

All participants at the Farbengen received a memento, a booklet with several articles about 28 Sivan, originally published by A Chasidisher Derher Magazine, and translated to Portuguese for the event.