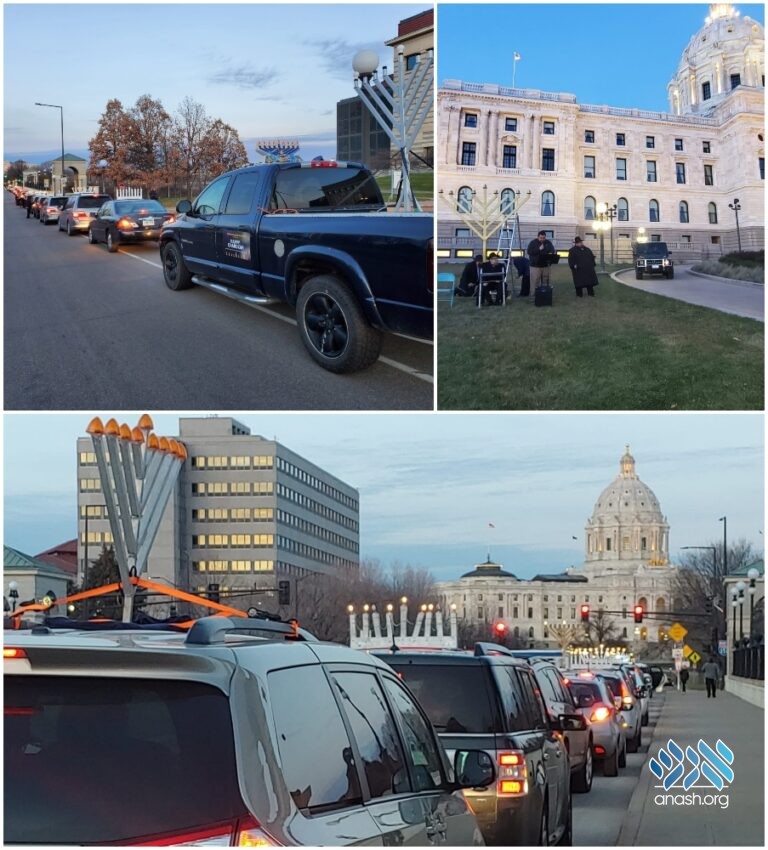 Over two dozen cars topped with menorahs paraded through the streets of S. Paul, Minnesota bringing the message of Chanuka to the city’s residents, ending with a Menorah lighting in front of the Minnesota State Capitol.

Over two dozen cars topped with menorahs paraded through the streets of S. Paul, Minnesota bringing the joy of Chanuka to the city’s residents.

The parade began at Adath Israel Synagogue and circled city streets until it reached the Minnesota State Capitol where they lit a 12-foot menorah with 75 members of the Minnesota Jewish community.

An assistant to United States Senator from Minnesota Amy Klobuchar read a letter from the senator to everyone gathered at the Menorah lighting and represented the senator with lighting the shammash.

Shliach Rabbi Meir Rubenfeld, a chaplain in the S. Paul Police Department and organizer of the parade, was honored with lighting the first candle.

The event was arranged by Upper Midwest Merkos under the leadership of Head Shliach Rabbi Moshe Feller and Rabbi Mendel Feller, shliach to West S. Paul.