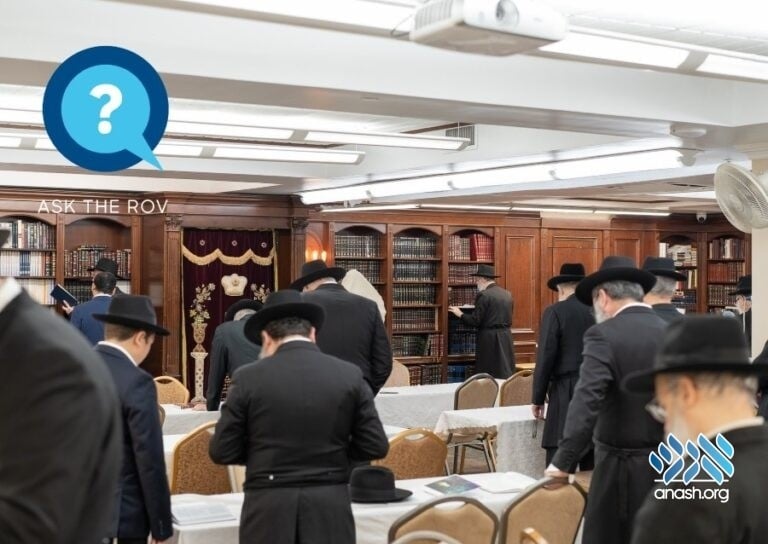 Ask the Rov: Can I daven mincha or eat on Friday after lighting candles or after shkia?

By default, a woman’s lighting of Shabbos candles is considered acceptance of Shabbos, and afterward, she may no longer daven Mincha or eat since it is the new day. She can stipulate that she isn’t accepting Shabbos by lighting, if she accepts Shabbos within 10 minutes. The Alter Rebbe says rules that a woman shouldn’t rely on a stipulation unless it’s a time of need. Making this stipulation for the sake of davening mincha, or to drink afterwards when thirsty, is considered a legitimate need. (It seems that one can make such a stipulation once a year for the entire year.) 1

A man who lights candles doesn’t automatically accept Shabbos by lighting, though it’s best to stipulate this clearly, and he must accept Shabbos within 10 minutes.2 Some hold that the obligation to accept Shabbos shortly after lighting applies only when lighting more than 30 minutes before shkiah, since otherwise the candles aren’t clearly connected to Shabbos.3

A man who isn’t lighting Shabbos candles should accept Shabbos shortly before shkia to fulfill the obligation to add onto Shabbos (tosefes Shabbos).4

May one daven mincha after having accepted tosefes Shabbos? Or after shkia when it’s already bein hashmashos?

Some Acharonim hold that once one has accepted Shabbos, it is too late to daven Friday’s mincha. Others argue that one can accept Shabbos with regards to melacha, but not in respect to mincha.

In practice, the Alter Rebbe writes in Seder Hachnasas Shabbos that one may daven mincha after shkia (although he must have already accepted tosefes Shabbos). The Alter Rebbe explains that since the times for davening are miderabanan, we are lenient to allow mincha in the doubtful time of bein hashmashos.5 If, however, one accepted the “essence of Shabbos” (itzumo shel yom) — by saying borchu or lighting candles — one may no longer daven mincha.