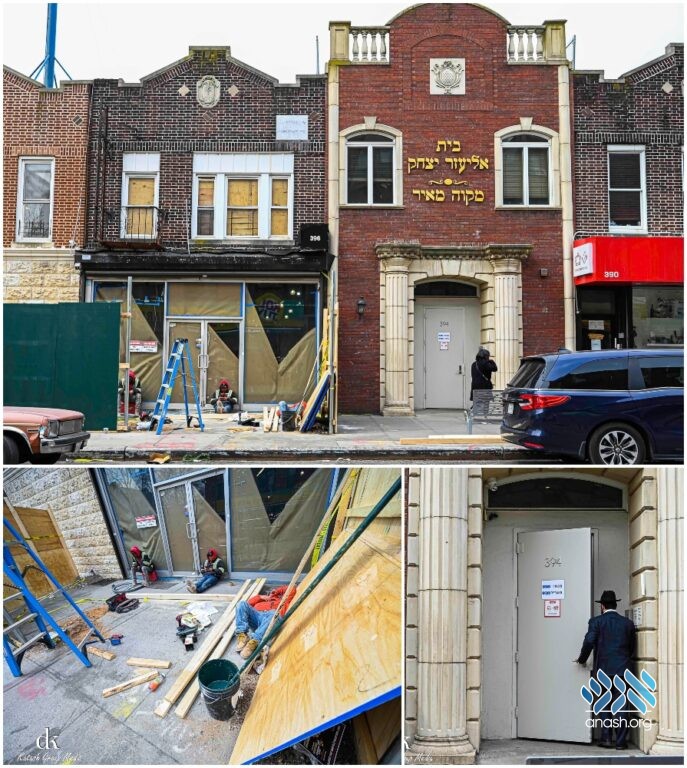 Crown Heights’ prestigious Mikvah Meir has begun a large-scale expansion which will double the size of the mikvah and install an elevator for easier access.

Now this is real mikvah neiyes…

Mikvah Meir, the prestigious mens’ mikvah in Crown Heights known for the high quality experience it offers, is set to double in size after a large-scale expansion.

The mikvah, which opened in 2006, quickly became one of the most popular mikvaos in the neighborhood, with hundreds of residents and guests using it on an average day. In high-traffic times in the neighborhood, such as Tishrei, Kinus Hashluchim, Yud Shvat and Gimmel Tammuz, many thousands of men fill the mikvah during all hours of the morning.

It was not for naught that the mikvah gained such popularity. With 14 modern rainfall showers that work on automatic sensors, plush, full-sized towels, free shampoo and body wash, heated floors, the mikvah offers an all-around pleasant experience for those keeping the chassdishe hanhaga of toiveling each day before davening, for those who come once a week Erev Shabbos, and also for the occasional visitor or guest to the community.

But along with the popularity came a crowding problem. On a regular day, the mikvah is full during certain hours, and during fuller times, one might have to wait patiently for a space to clear out. On Erev Yom Kippur or Friday of Kinnus Hashluchim, the line sometimes goes out the front door.

To solve the crowding issue, and to allow even more people to toivel with enough space, the mikvah, located at 394 Kingston began an expansion into the next door building, 396 Kingston, which formerly housed the Elzees clothing store.

The expansion will double the size of the mikvah, as well as install an elevator to allow for easier access for those who find the steep staircase hard to navigate.

Workers were seen at the location on Tuesday and Wednesday, setting up construction fences and beginning preliminary work at the site, and both stories of the building were seen with boards covering the windows.

The expansion is expected to take many long months, and Mikvah Meir has not announced an expected date of completion.

Discussion are also in place about expanding the Beis Eliezer Yitzchok, which is situated above Mikvah Meir, into the next building as well. However, a final decision has not yet been reached whether to go ahead with that expansion or not.