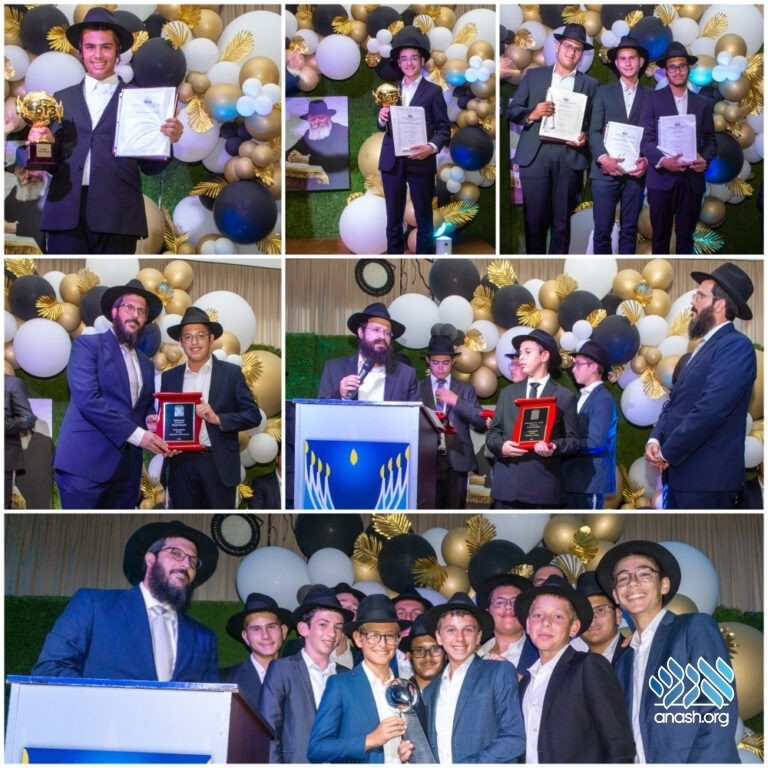 After their classmate lost his father, the eighth grade class of LEC Miami decided to join together and surprise him with a meaningful tribute gift. They didn’t let anything get in their way.

Teachers have been saying it for years. Principals have been singing it from the rooftops. The 8th grade class of LEC is top-notch. Aside from it being the largest graduating class to date, 67 students ka”h. The students have accomplished heroic feats, the likes of which have not been done before.

One inspiring moment happened this year as the students bound together like a pack of brothers to surprise a friend and fellow classmate with a meaningful gift. You see, Isaac, a dear student in 8th grade, lost his father just about a year ago. Isaac was resilient throughout his entire year of school, going so far as receiving the resilience award for his grit, determination, and quest to succeed. But his friends were not content with allowing the graduation, the largest of such in LEC history which brought in over 600 attendees, to go without a tribute to Isaac’s late father.

The group gathered with their Rebbi, Rabbi Sholom Dov Ber Korf (himself a graduate of the school) to decide on a plan of action. To finish the mesechta of Gemara was out of the question as they had 27 dafim remaining with only two months to go. A siyum on Mishnayos – nope – they felt they could be doing more.

Well, you will always miss 100% of the shots you don’t take – the students agreed they would go for the Siyum on the Mesechta of Gemara- 27 Dafim strong. That would mean learning nights, Sundays, Shabbosim, and over Yom Tov, but that didn’t deter them. In fact, nothing did.

The class of 22 students was determined to make a fitting tribute for Isaac’s father and allow Isaac the opportunity to say Kaddish one last time, loudly and proudly as he had said the entire 11 months.

Graduation has come and gone. But the messages, the inspiration, and aliyas neshama of Dovid Ben Yitzchok was a moving experience no one will ever forget. 22 Talmidim stood around Isaac as they made the Siyum – Isaac subsequently said Kaddish to rousing Ameins that could pierce heavens.

An amazing tribute and an expression of brotherhood for their friend Isaac, and many would say another pleasant surprise from a class that has set the bar for generations to come.