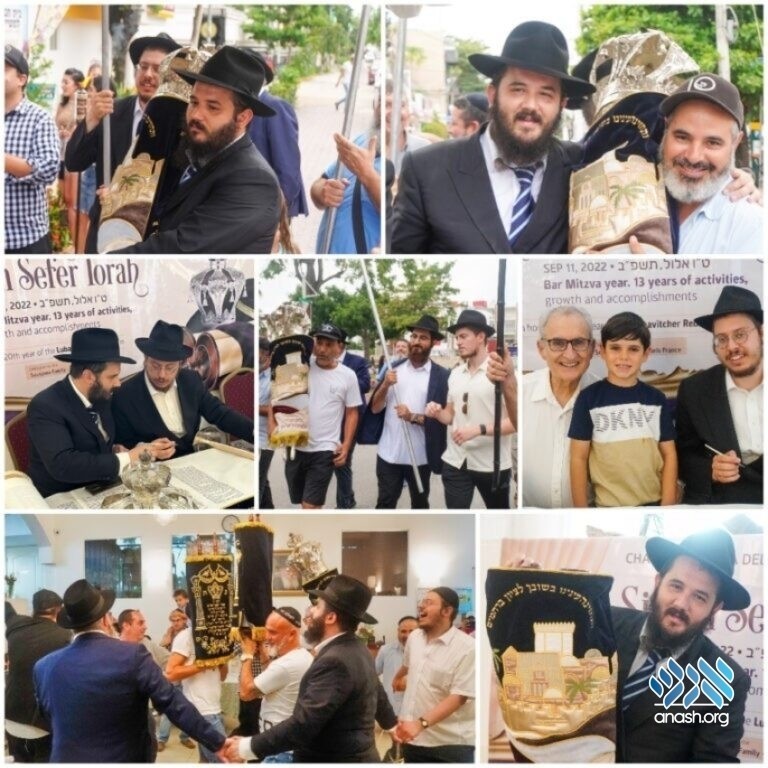 In honor of Chabad’s 13th anniversary in Playa del Carmen, Mexico a new Torah was dedicated for the first time since the Goldberg’s shlichus began. The Torah was donated by The Sousana Family from Paris France in honor of the rebbe’s 120th birthday.

Rabbi Mendel and Chaya Goldberg first established their Chabad house in Playa del Carmen 13 years ago. Although they are busy all year, Playa del Carmen is often a summer resort town for many yidden, so the summers are their busiest times.

The writing of the last letters in the new Sefer Torah took place in the Chabad house, after which the travelers and guests went out to the town streets for a parade in honor of Torah.

At the end of the Parade, a magnificent seudas mitzvah was held in the hall of the Chabad house.