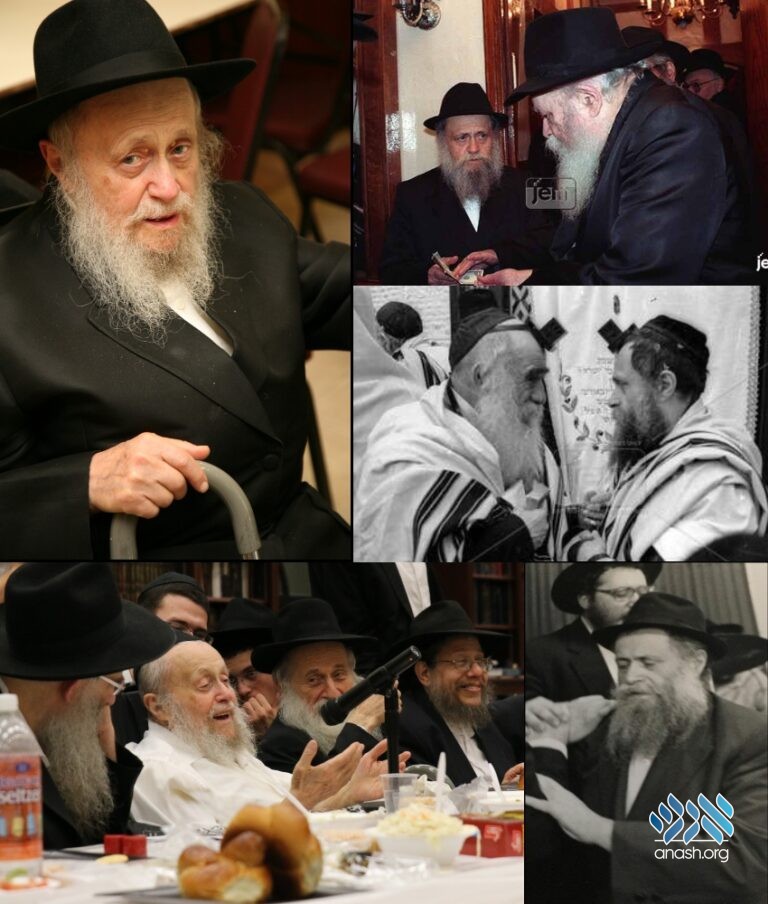 Rosh Chodesh Shvat marks the yahrzeit of the chossid and mashpia Reb Mendel Morozov, who from a young age lived a life of Mesiras Nefesh and transmitted those values to generations of students.

From an early age, little Mendel knew how careful one had to be. Born on the day before Purim, 1916, a year before the Russian Revolution, Mendel was brought up under the Bolshevik regime. As time passed, the regime’s decrees became harsher and more oppressive, especially towards Jews remaining faithful to the Torah.

Mendel’s father, Reb Elchonon Dov Marozov, one of the very first students of the original Tomchei T’mimim yeshiva in Lubavitch, was utterly devoted to the Rebbe Rashab (1860-1920), who chose him to serve as his personal gabbai. Later, after the Rebbe Rashab’s son, Rabbi Yosef Yitzchok, known as the “Rayyatz,” became Rebbe, he too requested Reb “Chonya” to become his personal gabbai and main secretary. Reb Chonya’s family was given a room to live in the Rebbe’s own home, which was then in Rostov, southern Russia, until the local secret police forced the Rebbe to leave after Pesach, 1924.

The Rebbe moved to Leningrad, as did Reb Chonya and his family. There they lived in their own separate apartment, where Reb Chonya continued his work for the Rebbe. One of his main tasks was to copy over and send out hundreds of letters written by the Rebbe to Jews all over the Soviet Union and in other lands, too. Also, Reb Chonya corresponded with Chassidim and other Jews all over who were active in the Rebbe’s country-wide underground network of Torah schools for children and youth, and other activities, including building and maintaining mikvaos, establishing nightly Torah lessons for adults, and much more.

This work was so secret that even Reb Chonya’s family members were unaware of its details. But they knew he was working for the Rebbe and that they had to remain tight-lipped about it.

One day, in the second week of Adar Rishon, winter 1927, Mendel, who wasn’t yet 11, was playing outside with his friend, Shmuel Lein. Two men approached them. One was the block supervisor appointed by the local secret police to monitor all residents and suspicious activities. The other was a stranger who was dressed and conducted himself as someone of importance. They asked the boys directions to a certain place.

For some reason, little Mendel immediately suspected they had come to arrest his father. So although he knew the direction of the place they had asked, he pointed in the opposite direction. As they walked off in the wrong direction, he ran home to tell his father of his suspicion.

Reb Chonya tried calming him, telling him they were only asking directions for some other reason. But while they were talking, there was an unexpected, authoritative-sounding knock at the door. Reb Chonya turned pale. Immediately, he reached under the tablecloth and took out a bundle of documents, which he gave to Mendel.

“Put these away under your clothing,” he told him, “and try to get out of the house quietly as soon as they walk in.”

Indeed, the two men had come to arrest him. They searched the apartment but, thank G-d, found nothing incriminating. Nevertheless, they took him away with them.

At the time, the Rebbe was in Moscow, secretly meeting with some of those involved in his underground campaign to strengthen Yiddishkeit. As soon as the Rebbe’s household learned of his secretary’s arrest, they let the Rebbe know. Everyone close to the Rebbe was overcome with fear that this meant the Rebbe himself would be next.

Meanwhile, Chassidim in Moscow learned that the Rebbe was in town and invited him to address a large farbrengen to be held at the Lubavitcher shul on Purim Kotton that week. Many who feared for the Rebbe’s welfare warned him of the great danger of doing that. Regardless of the clear danger, however, he decided to speak at the farbrengen anyway. Many hundreds of Jews came to hear the Rebbe, and the shul was packed with a large overflow outside.

Despite the obvious police spies present, the Rebbe spoke in a ringing voice, with amazing courage about the vital importance of keeping Yiddishkeit with mesiras nefesh (utter self-sacrifice) and giving Jewish children a Torah education. His words had a profound effect on his listeners, who remembered them for many years afterwards. When the Rebbe himself was arrested four months later, his words at that farbrengen were certainly one of the main reasons for his arrest.

Meanwhile, Mendel Marozov, who had been hiding until he was sure the two men had left, came home and handed his mother the bundle of documents. She knew to whom she had to give them. Those documents were probably letters of the Rebbe and other papers of vital importance to the Rebbe’s secret activities, which, had they been discovered, could have led to serious danger for names mentioned in them and for the activities they were conducting, and certainly for the Rebbe himself. That they did not fall into the wrong hands was thanks to the sharp-witted sensitivity of little Mendel.