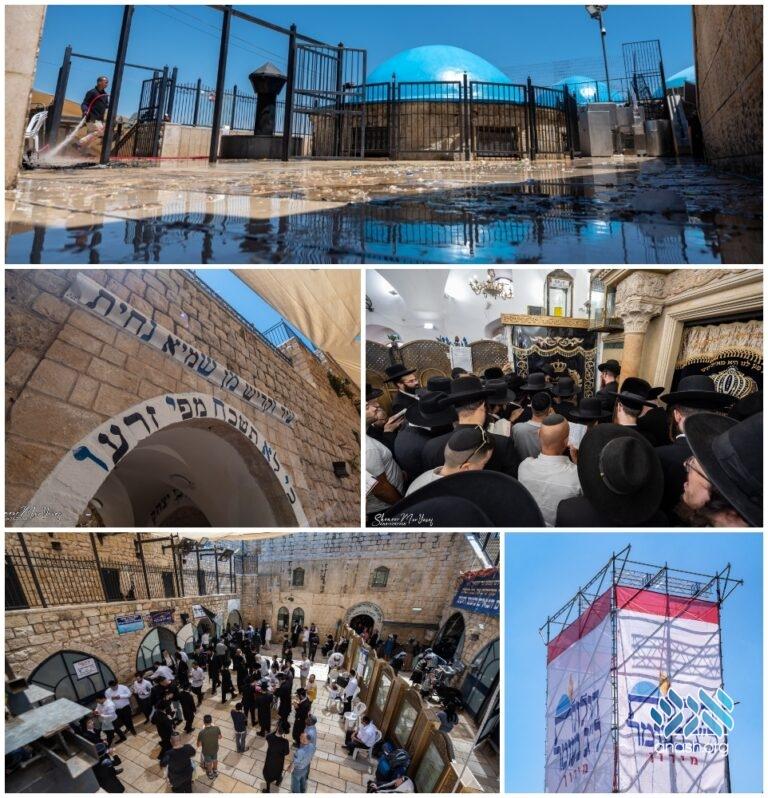 Crews began cleaning up Kever Rashbi in Meron on Sunday, putting an end to a string of events that left tens of thousands upset and disappointed after the Israeli Government severely mismanaged the yearly event.

Crews began cleaning up Kever Rashbi in Meron on Sunday, putting an end to a string of events that left tens of thousands upset and disappointed after the Israeli Government severely mismanaged the yearly event.

The annual celebration in Meron has, in recent years, drawn upwards of half a million people over the 24 hours of Lag B’omer. The overwhelming number of people in the limited space, combined with the treatment of the site as a semi-autonomous zone with a blind eye turned to building violations and dangerous conditions, led to the tragedy of Lag B’omer 5781, where 45 men and boys died in a human crush.

Following the tragedy, the State of Israel pledged a full investigation, as well as to take control of the site. As Lag B’omer approached once again, the government pledged to have the celebration continue, albeit with restrictions to ensure safety.

What ended up happening, however, was starkly different.

Police closed off the mountain well before the maximum number of participants was reached, leaving thousands stranded in parking lots without basic amenities, such as bathrooms and water and even lighting. Some participants waited as long as seven hours for a chance to visit the kever, where their time in the actual tziyon was limited to a few seconds.

But they were the lucky ones. After extremists broke some of the barriers and checkpoints set up by the police, the police closed the site altogether, and began turning busses around. Tens of thousands were sent back without even having a chance to pay a brief visit.

The chain of events led to fresh promises of investigations, with politicians and activists quick to point a finger of blame at another party. For most, however, the developments were mainly a heavy disappointment, a loss of a rare opportunity to build a rapport of trust between the Government and the frum public, a change that could have led to many more lives being saved in the future.