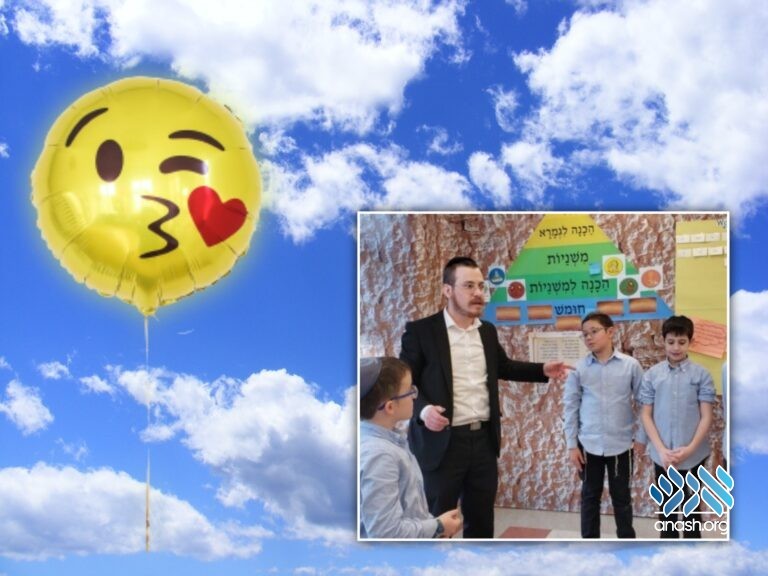 Chinuch and the Parsha by Rabbi Shmuel Wagner: That statement always bothered me. Really? Does the A-mighty Creator of heavens and earth procure pleasure from my misfortune?! Does he get a kick out of it every time I invest in a venture that his farseeing vision knows will go south?

Welcome to Parshas Vayeishev. Yes, after all the pain and hardship that Yaakov endured, spoken about in the past weeks’ Parshiyos, we now enter Parshas Vayeishev, “And he settled”. Will Yaakov finally be granted a respite from all his suffering? The name of the Parsha suggests that indeed so… Let us begin the episode of our Parsha:

How’s that for “settled”?

What is this, an Adar prank in middle of Kislev?!

Ok, I know what to do when I have a question in the Pasuk. I looked in Rashi. Rashi says that it means that Yaakov wanted to settle, and Hashem said, “You want to settle in this world?! Deal with the issue of Yosef!”

Ah, that settles the name of the Parsha being “settled”. Now I understand! Yaakov wanted to settle, and Hash- wait, what?!?!

Is this the G-d we are told to believe in? Yaakov submits a request to finally be allowed to live in peace, and G-d spitefully laughs in face, making his life harder?!

No. not at all. That is not Hashem.

You see, Pirush Rashi was not written with punctuation marks, nor is there any audiobook published by Rashi, causing it to often be misread.

When Rashi quotes Hashem’s response – “You want to settle in this world?!” – there should not be an exclamation mark following the question mark. Hashem is not challenging Yaakov’s request and denying it by throwing at him the opposite.

Rather, Hashem is processing Yaakov’s request: “You want to settle in this world? Sure! That would be great! I would absolutely love to grant you your well-deserved tranquility! How would you like it served?”

Yaakov chose the best possible form of tranquility he could imagine. Living a life of serving Hashem, surrounded by his beautiful family, living comfortably in Eretz Yisrael, etc.

Hashem took Yaakov’s order, and chuckled. Not laughing at him; laughing with him. Hashem was filled with mirth and glee, reveling in the pure delight of foreseeing the incredible future in store for Yaakov.

Kind of like if you blindfold your friend, bring them into an undisclosed room, and tell them they can request anything there. They may choose the first item of value that they will assume is in the room, they may even go out on a limb and brazenly call out the most ludicrous demand, but you are smiling because you see that they will receive much, much more. They just do not know. You are not laughing at their ignorance; you are anticipating their joyous outcome, and sharing it with them, albeit in advance.

Not, “You think this business will prosper? LOL! Wait and see – it will not! You will end up a penniless pauper, humiliated and broken. I cannot wait to see the look on your face!” Chas Veshalom. #NotMyG-d. Hashem is more benevolent than our cynical imaginations sometimes make him out to be…

Rather, “You think this business will prosper! Ha! Wait and see – you cannot even imagine how much it will prosper! I am so excited for you to see what I have in store for you, I cannot wait to see the look on your face!”

Sometimes, to change the barometer of measuring success from our present perspective to Hashem’s perspective, we must break out of our current restrictions. However, we cannot break out of them ourselves – because we do not even realize that we are restricted. Our ‘sophisticated’, ‘developed’, four-dimensional reality cannot even fathom that there is an entirely new fifth dimension. We think we got it all.

So, we need to be broken out of our self-imposed constraints. Hashem sends us a hardship, challenging our stability, unbalancing our equilibrium. Life as we knew it is not working anymore, but we are still alive – wow, there must be more to it. We get knocked off our feet, but the ground catches us – and we realize the width and breadth of the stage we are on. We are pushed off the cliff, but we are not in the abyss – there must be another plane of life to which I was just introduced.

Every pain, hardship, and challenge that we go through is for our benefit. It molds us into better people. It strengthens our character and allows us to prove – most importantly to ourselves! – that we are not the simple person that we were pre-test.

In good old Chassidus terminology, “Yeridah Tzorech Aliya”. This adage is as good as it is old, and as ever eternally true as it always was.

Yaakov wanted to live a simple life in Eretz Yisrael, Hashem wanted to give him unpredictable life of bliss in Mitzraim.

So, to get Yaakov from four-dimensional life in Eretz Yisrael to five-dimensional life in Mitzraim, Hashem gave Yaakov the story of Yosef. Challenging the status-quo of what life should be like, Hashem brought Yaakov to his final 17 years, not just good years, but the best years of his life!

“You want to settle in this world? Deal with the issue of Yosef – that will get you there!”