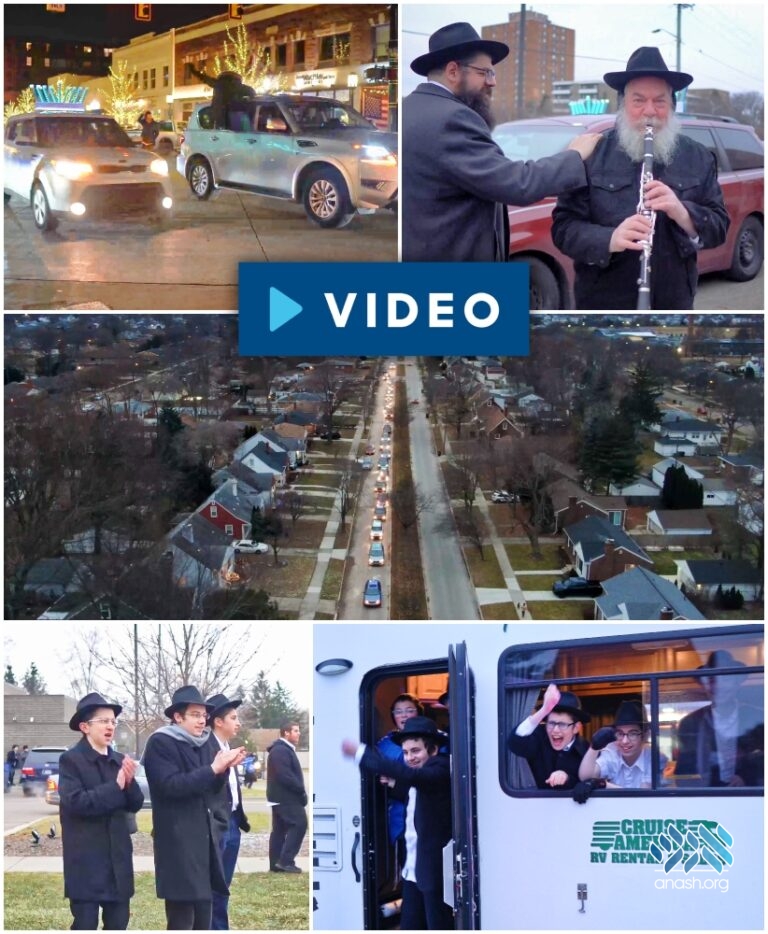 In the spirit of Hakhel, the talmidim of Oholei Yosef Yitzchok Lubavitch Detroit organized the annual car menorah parade of the metro Detroit area.

In the spirit of Hakhel, the talmidim of Oholei Yosef Yitzchok Lubavitch Detroit organized the annual car menorah parade of the metro Detroit area.

The event kicked off with refreshments and music whilst talmidim mounted Menorahs on the vehicles filling the parking lot. The parade then traveled via the main thoroughfares of Oak Park, Huntington Woods, Royal Oak, and Birmingham in an epic display of pirsumei nisa. The parade was led by exotic cars and limos and escorted by the state and local police.

Aside from the dozens of cars, the parade consisted of 9 Large Menorah pickup trucks blasting Chanukah Music, 2 stretch limos, and, of course, 2 Mitzvah Tanks.

And as soon as the parade concluded, the boys were off to all the centers in town, looking for those who still needed a menorah to light. Thousands of menorahs were lit, and hundreds of dreidels and donuts were distributed.

The organizers would like to thank the entire Detroit community for participating, the State and City Police, the Detroit Chaveirim, and of course the Bochurim for making the Parade the huge success it was.

And a huge thank you to Alan and Lori Zekelman, Mr. Sam Stahl, Limo-world.com, and suite depot for partnering with us.