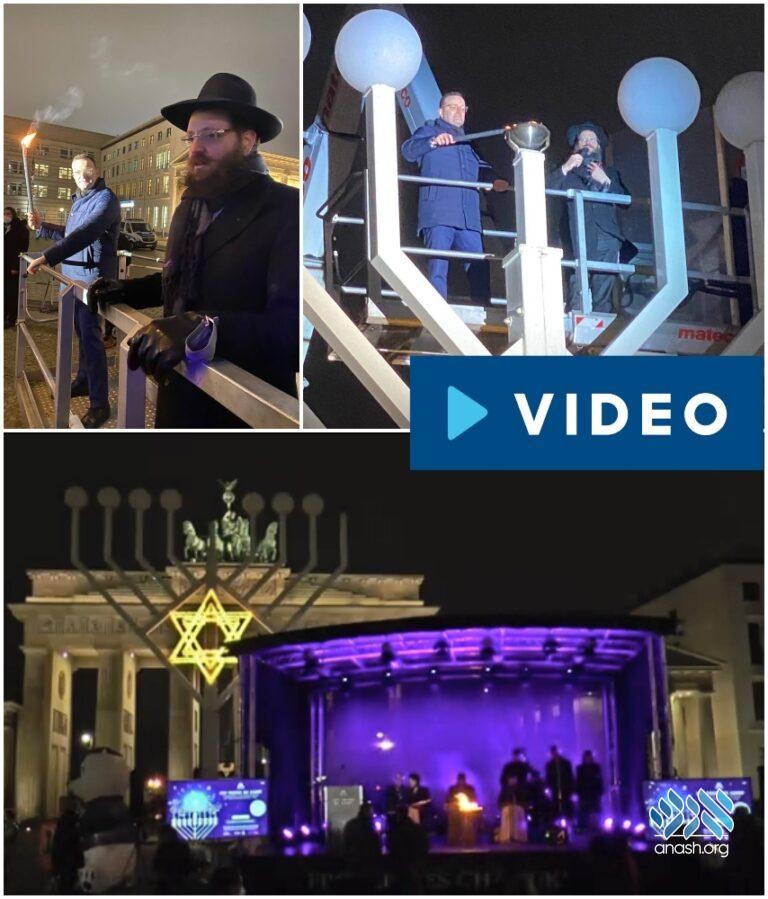 A 32-foot menorah was lit at Berlin’s Brandenburg Gate, where Hitler once marched and Jews now thrive. Numerous other menorahs were also placed around Germany’s capital city.

While there are over 20 public menorahs set up across Berlin, the largest is the 32-foot menorah set up in front of the city’s most famous landmark, the Brandenburg Gate.

With Yiddishkeit thriving in Berlin, the menorah is lit annually at the very place where Hitler marched upon his rise to power. “This year everything is different though,” says Rabbi Yehuda Teichtal, shliach to Berlin. “The festive lighting at the Brandenburg Gate will take place without visitors.”

Instead, the Jewish Educational Chabad Center brought Europe’s largest menorah to everyone’s living room with its virtual program ‘Let There Be Light.’

“Despite conspiracy theories, rising anti-Semitism and cyber-hatred, the message of Chanukah is more important than ever: the victory of light over darkness.”