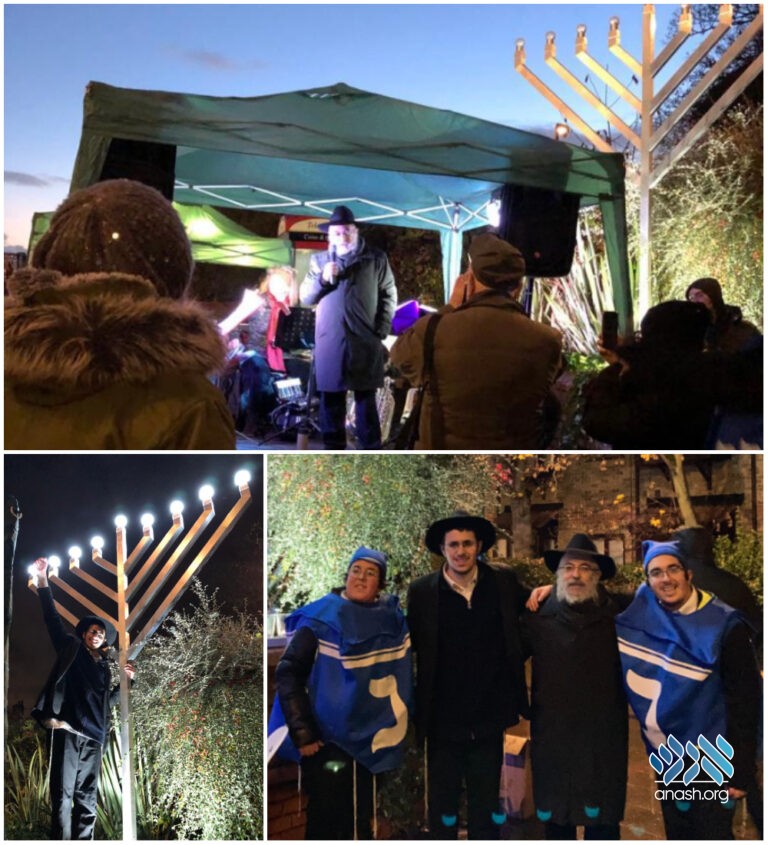 Despite the cold and rainy weather, over 150 people attended the second annual public Menorah lighting of the Leytonstone & Wanstead synagogue in east London, England, led by Rabbi Yitzchok Austin.

On the eighth night of Chanukah, the Leytonstone & Wanstead synagogue in east London, England, celebrated their second annual public Menorah lighting, opposite the Leytonstone underground station. Despite the cold and rainy weather, over 150 people attended the event.

Present were several guests of honor, including local councillors and the Mayor of Waltham Forest Elizabeth Baptiste, who was honored with the lighting of the Shamesh. Members of ‘The Travelling Chassidim’ lit the Menorah and led the singing.

Rabbi Yitzchok Austin, Rabbi of Leytonstone Synagogue, welcomed the crowd with inspiring words, and highlighted the promising significance of the public Menorah lighting for the fast-growing community. Rabbi Shmuel Lew inspired those present with Chassidic insights about Chanukah.

The event was arranged by Phill Schryber and Ruth Solomons.

In addition to the public Menorah lighting, each night of Chanuka, Rabbi Yitzchok and Yehudis Austin and their sons went out to the neighboring areas of Leytonstone, to ensure every person in the community had their own Menorah and celebrated the joy of Chanuka with them.