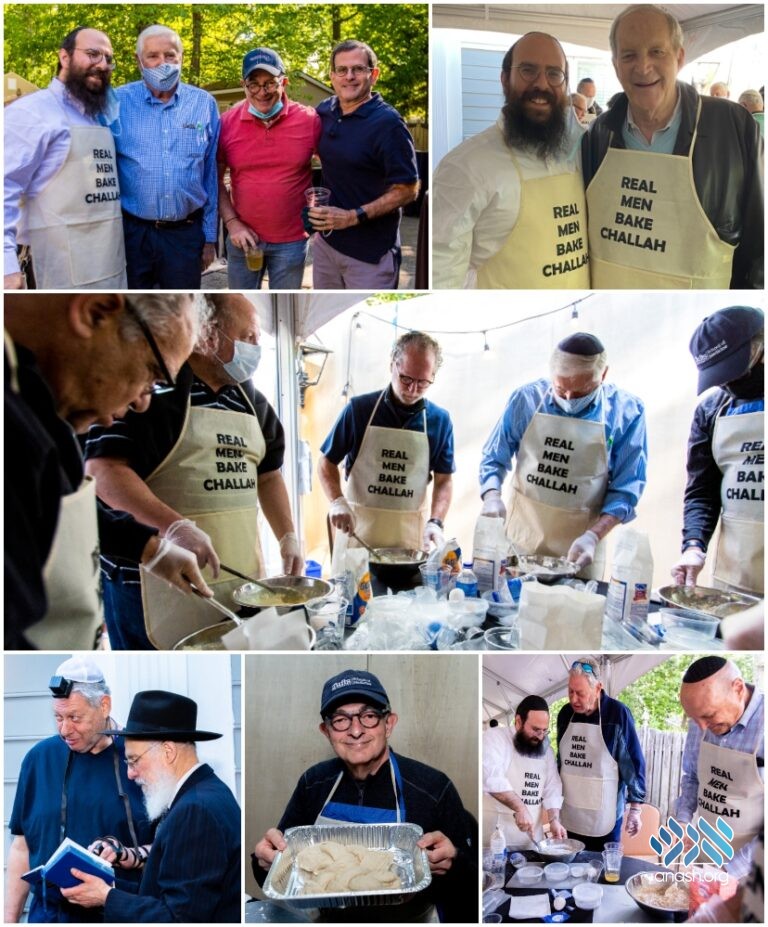 Every year, shluchim Rabbi Yosef and Hindy Plotkin of Greensboro, North Carolina, hold a challa bake event for the community’s women. But this year, the men wanted to know why they were left out…

Right before Pesach Sheni, the men of the Greensboro, North Carolina community had a familiar demand for their shliach: “Lama nigora? – why should we miss out?!”

For the past few years, shluchim Rabbi Yosef and Hindy Plotkin have hosted a Challa Bake for the women of the Greensboro community. Similar to events held across the globe, the event teaches women about the special mitzvah of taking challah from dough, as well as the other mitzvos associated with women.

The annual event brings together over 200 local women, and is a highlight of the community’s year. Many women look forward to the event from when one concludes until the next arrives.

This year, as the women’s event was being planned, some of the men of the community came to the shliach with a “complaint”: Why shouldn’t the men get a chance to learn about the mitzvah?

In Pesach Sheni fashion, the men were told that indeed, they too would get a chance. On Sunday, 13 Iyar, the day before Pesach Sheni, the Plotkins hosted a Men’s Challa Bake.

The event also celebrated a special milestone: the 40th birthday of Shliach Rabbi Plotkin. With the majority of the community already vaccinated, over 50 men gathered for the double event. Clad in aprons that read “real men bake challah,” participants enjoyed a menu prepared with men in mind, complete with a lavish barbeque and plenty of l’chaim.

To mark his birthday, Rabbi Plotkin asked participants to each pledge to do one mitzvah in his honor. Boxes were set up with choices of mitzvah pledges, based on the Rebbe’s ten mivtzoim, and many participants dropped their pledge into one of the boxes.

In addition to learning about the mitzvah of challa and pledging a miztvah for the future, Rabbi Plotkin encouraged every participant to put on tefillin with his father-in-law and guest of honor, Rabbi Hirsh Zakos of Oak Park, Michigan.