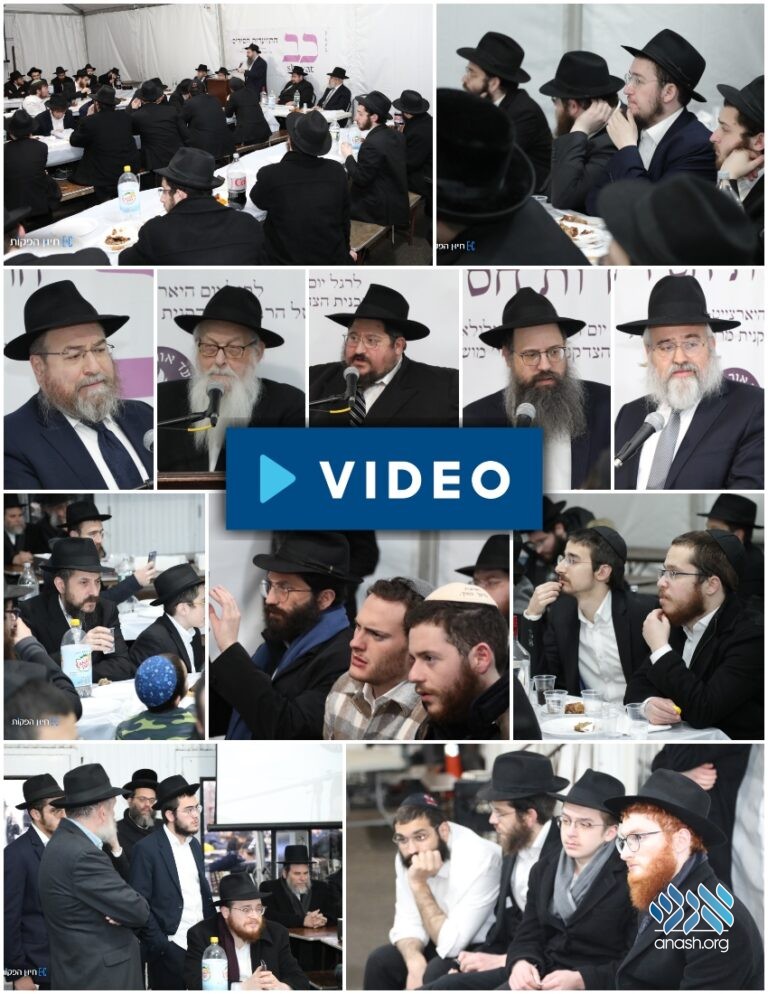 Chassidim gathered at the Ohel Monday night for a farbrengen marking Chof Beis Shevat, the yahrzeit-hilula of Rebbetzin Chaya Mushka. Speakers shared personal experiences with the Rebbetzin and their memories of her passing.

Hundreds of Chassidim gathered at the Ohel Monday night for a farbrengen marking Chof Beis Shevat, the yahrzeit-hilula of Rebbetzin Chaya Mushka Schneerson, wife of the Rebbe.

The farbrengen was chaired by Shliach to S. Paul, Minnesota Rabbi Mendel Feller, who spoke about the Rebbetzin’s complete dedication to the Rebbe and shared a number of stories of mofsim performed by the Rebbetzin.

Rabbi Chaim Schapiro, Rosh Yeshivah of Morristown, N.J. shared some of his memories as a bochur on Chof Beis Shevat 5748. He told of the closeness the bochurim felt to the Rebbe during that period, and how on this day we must take stock of our hiskashrus to the Rebbe.

Rabbi Levi Shemtov of Riverdale, N.Y. is the son-in-law of the late Dr. Moshe Feldman who merited to serve as the personal physician of the Rebbe and Rebbetzin. Rabbi Shemtov revealed an insider’s perspective of his father-in-law’s long-lasting relationship with the Rebbetzin, as well as a personal story he merited to experience.