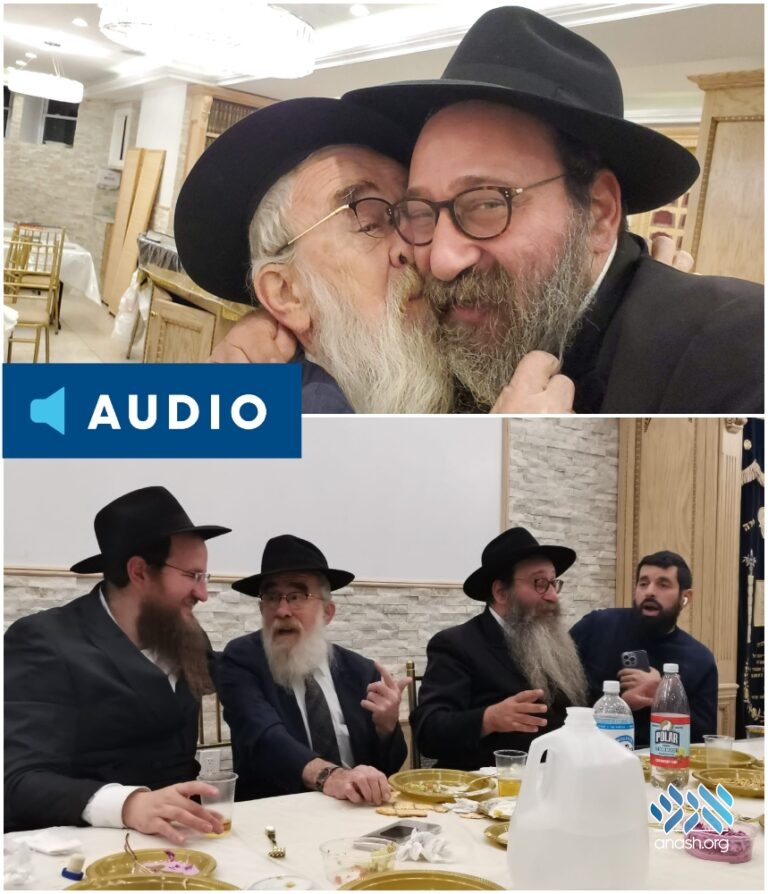 Shliach Rabbi Reuven Matusof farbrenged together with Rabbi Yisroel Shemtov of Crown Heights at the Lincoln Place Shul in a farbrengen described by attendees as “one-of-a-kind.”

A chassidishe farbrengen was recently held at the Lincoln Place Shul of Crown Heights.

Leading the farbrengen was Rabbi Reuven Matusof, Shliach to Lichka Lubavitch, Paris, who related memories from his years in 770 and stories of shluchim and shlichus, including memories from Rabbi Leibel Raskin and Rabbi Gershon Mendel Garelik.

The farbrengen, held in English, marked the yahrzeit of his father, the legendary shliach to Morocco, Rabbi Shlomo Matusof.

Farbrenging alongside him was Rabbi Yisroel Shemtov of Crown Heights, a legend in his own right. The combination of the two made for a farbrengen that is being described by participants as “one-of-a-kind” and “memorable.”

To find out more about the farbrengens and programs at the Lincoln Place Shul, please email [email protected].

AUDIO: Full recording of the farbrengen