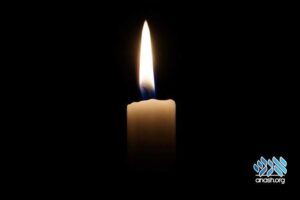 Melvin Cousin, a beloved father and grandfather from London, UK, and brother of Rabbi Aaron Cousin of Crown Heights, passed away.

Melvin Cousin, a beloved father and grandfather from London, UK passed away.

He is survived by his children, Suki Rubin and Daniel Cousin, both of London, England, grandchildren, and great-grandchildren.

He is also survived by his sister Vivene Lauer and brother Rabbi Aaron Cousin of Crown Heights.

He was predeceased by his sister Esther Leah Klyne.