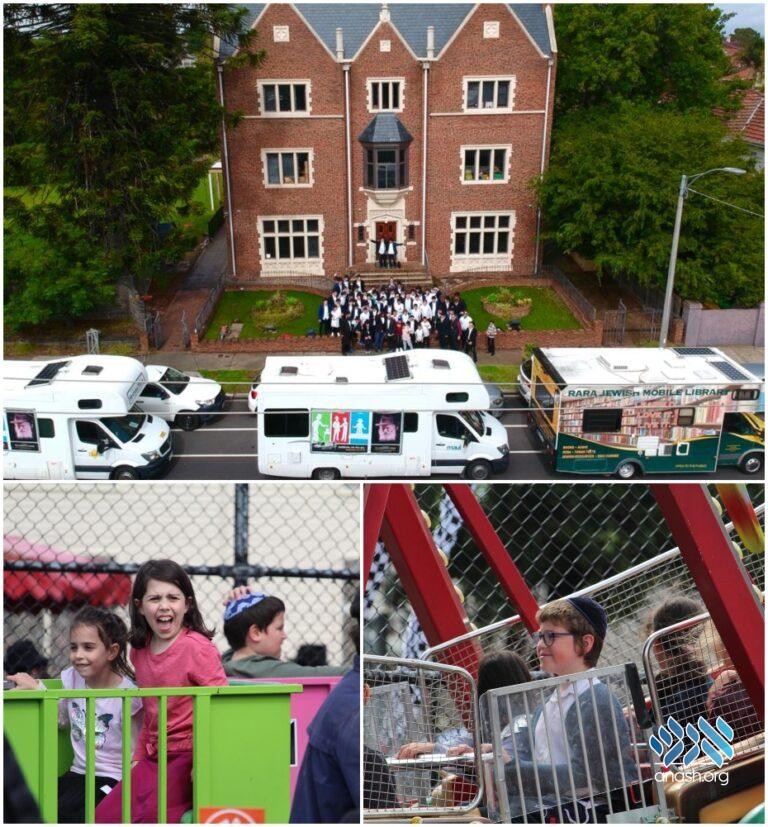 Yud Alef Nissan, the Rebbe’s 119th birthday, was marked in Melbourne, Australia with a slew of programs for children, bochurim and adults.

The day began with a grand Mitzvah Tank Parade, arranged by the bochurim shluchim to the Melbourne Yeshiva. The parade began at the Chabad House of Caulfield, a replica of Chabad World Headquarters in New York. The parade then passed by the Yeshiva Centre where the children were gathered, before spreading out around the city.

Hundreds of children then gathered for a pizza farbrengen and a Tzivos Hashem rally, where they recited the twelve pessukim and heard about the special day of Yud Alef Nissan.

Following the rally, children enjoyed a “birthday carnival”, complete with rides and attractions, all set up in the Yeshiva’s parking lot.

The programs were able to take place with virtually no limitations, thanks to the country’s strong control of the coronavirus pandemic. With the borders sealed shut for the past year, cases of the virus are few and far in between, and the limitations seen in almost every other country have long ended in Australia.