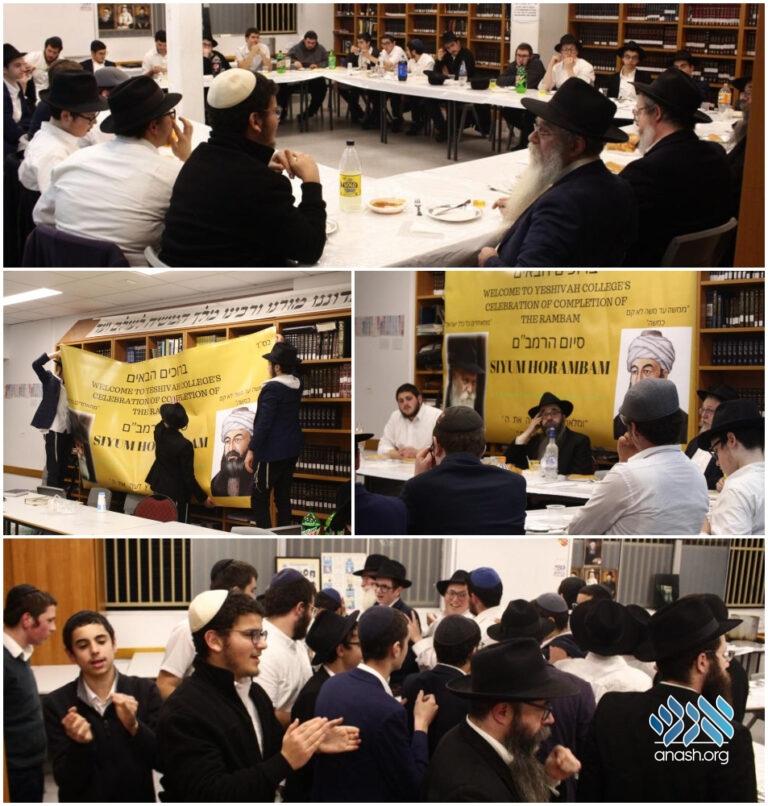 A grand seudah and celebration was held at Mesivta of Melbourne in honor of Lag B’omer and the Siyum Harambam, with the seudah held late on Lag B’omer afternoon, as was the custom in Lubavitch.

In honor of Lag B’Omer and the Siyum HaRambam, Mesivta Melbourne hosted a grand seuda and farbrengen.

The seuda was held in the late afternoon like the old Lubavitch Lag B’Omer minhag. At the seudah, the Mashpia of Mesivta Rabbi Mendel Lipskier spoke. The Menahel of Mesivta, Rabbi Levi Morozov, spoke about his experience as a Shliach in Morocco at the time of the First Siyum Harambam, and Rabbi Leibel Raskin, a teacher at Mesivta, led the farbrengen.

The Seudah concluded with some lebedige dancing lekovod Lag B’Omer.

Many bochurim took on Hachlotos to strengthen or add in their Limmud Harambam and will be given a special coin made for the Rebbe’s shnas meah v’esrim.

“Many thanks to the Vaad Hamesader and Vaad Habochrim,” organizers said.