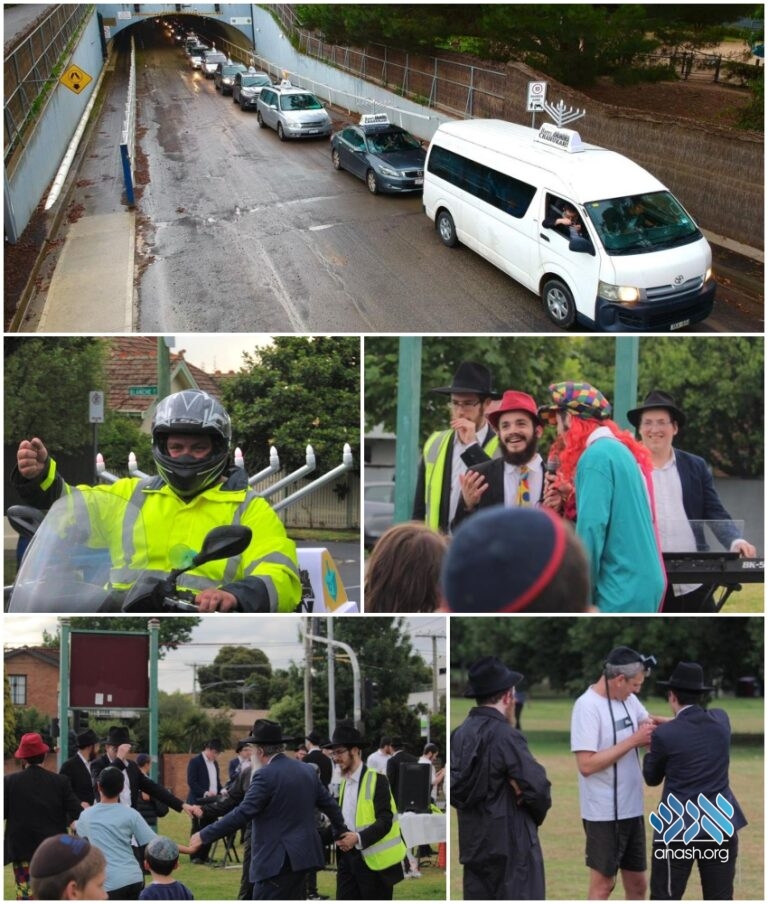 A grand Chanuka parade menorah lighting took place this past Thursday in Melbourne, Australia arranged the shluchim to Yeshiva Gedola.

A grand Chanuka parade and menorah lighting took place this past Thursday in Melbourne, Australia arranged the shluchim to Yeshiva Gedola.

Despite many challenges in getting the funds together and the weather almost ruining it, the 50-car-strong parade drove through the city’s main thoroughfares bringing the light and joy of Chanuka to Melbourne’s heavily Jewish districts.

“We thought we’d have to cancel the parade due to bad weather,” one of the organizers told Anash.org. “But minutes before the parade was scheduled to begin the skies started to clear allowing for a beautiful parade.”

Following the parade, the crowd gathered at a local public park for a menorah lighting and celebration featuring the 12 pesukim, donuts, and dancing.

A giant thank you goes to the organizers, especially Yonasan Jones for building Australia’s largest Menorah Mobiles and to Chaim Amzalak and Zalman Rodkin for all their efforts behind the scenes.