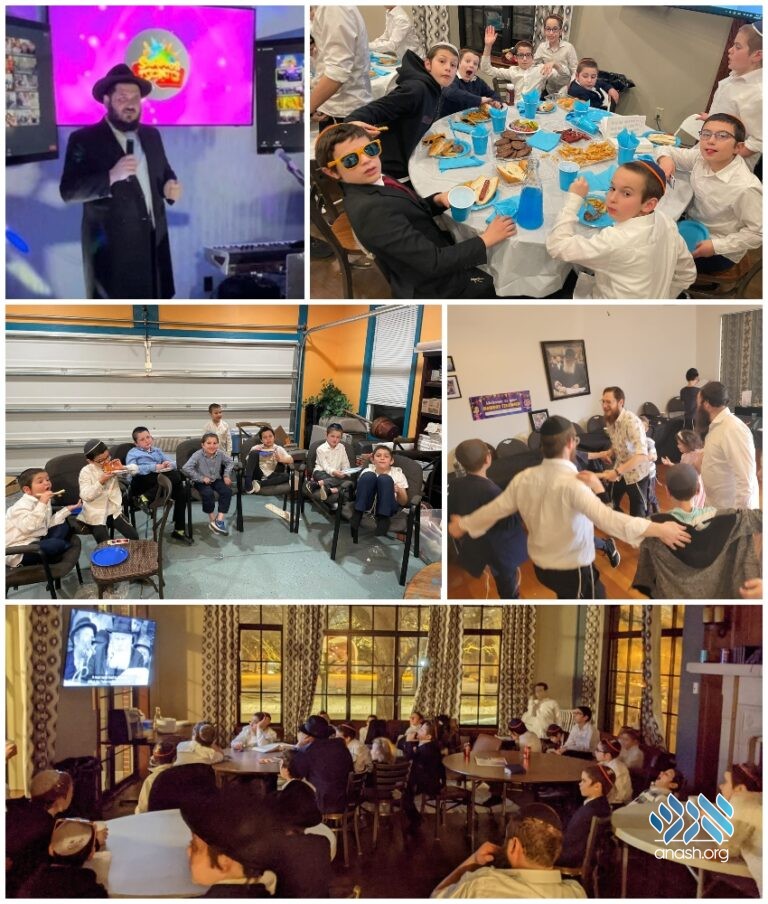 After an uplifting Shabbos together with the nearest Yaldei Hashluchim, 1200 young Shluchim joined for a live zoom program connecting the 97 Shabbaton locations around the world.

After spending an uplifting Shabbos together with the nearest Yaldei Hashluchim as part of MyShliach’s Shabbos Tzuzamen, 1200 young Shluchim joined together with their peers for a live zoom program that connected the 97 Shabbaton locations around the world.

There were three different Zoom events for the Shluchim living in different time zones one for the East Coast, another for the West Coast, and a third for Europe and Israel.

The event was hosted by Rabbi Shaya Itkin of MyShliach and featured an exciting lineup of entertainers including a concert by Berel Dick and Yossi Cohen as well as a spectacular magic show by the world-famous illusionist Ilan Smith.

Rabbi Mendy Kotlarsky executive director of Merkos 302 spoke with the Yaldei HaShluchim about their unique role as young Shluchim of the Rebbe and the power of unity; being “Tzuzamen”, to overcome all obstacles.

The program was also addressed by Rabbi Shmuel Aizenberg who celebrated his birthday on Shabbos and together with his wife Yiska generously sponsored “Shabbos Tzuzamen”.

The evening concluded with a joint Hachlata undertaken by the Yaldei Hashluchim in honor of Yud Alef Nissan and the energy of the Rebbe’s young soldiers dancing enthusiastically with their fellow Shluchim around the globe.