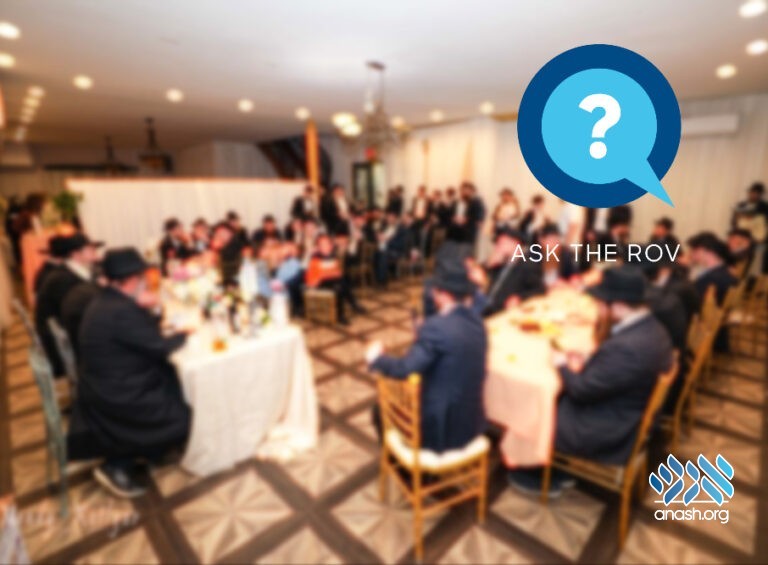 Ask the Rov: What separation between genders is required at a speech or event?

The Gemara describes how amoraim ensured a complete separation between men and women when they gathered for a lecture, and we find by Matan Torah that the men and women were separate. Poskim emphasize how imperative this is to preserve the sanctity of Am Yisroel, and that one is not allowed to speak in front of a mixed crowd.

While mingling is never appropriate, there is a special prohibition when people are gathered for a common program (lecture, chuppa, levaya) and there is more connection between them.

Is it necessary to have a full mechitza?

Some rishonim explain that the separation by the lecture is primarily to prevent intermingling, for which a low barrier would suffice, while others write that seeing each other is also a concern, according to which a full mechitza would be necessary. Some poskim write that although a mechitza is generally required, in a situation where there is no other way to be mekarev them to Torah and mitzvos, one may rely on the first opinion.

Under difficult circumstances in Communist Russia, the Rebbe — as an exception for that unique situation — gave a rare allowance for men and women to participate in the same class, on condition that the seating be separate. The Rebbe emphasized that the heter is only appropriate when there is no other way to be mekarev them, and the goal is to connect them to Yiddishkeit and prevent intermarriage.

(Although we cannot compromise on halacha for the sake of being mekarev people, since there is room for leniency in halacha, it is permissible when there is no other choice.)

In another response from the Rebbe regarding a shiur taking place in a kibutz, the Rebbe was adamant that the class should have a mechitza between the genders.

In conclusion, regular shiurim should ideally be separate classes for men and for women. By a lecture that is open to men and women, one is to be very careful to have a mechitza. For mekuravim who won’t come in such a manner, one may hold a class with completely separate sitting.