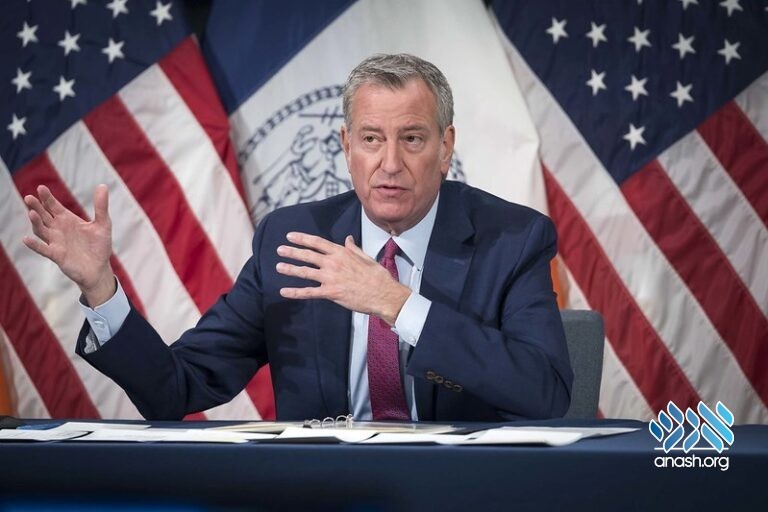 All private-sector employers in NYC will have to mandate COVID-19 vaccinations for their workers under new rules announced by Mayor Bill deBlasio. Mayor-elect Eric Adams said he will “evaluate” the mandate when he gets into office.

All private-sector employers in New York City will soon have to mandate COVID-19 vaccinations for their workers under new rules announced Monday by Mayor Bill deBlasio.

The vaccine mandate for private businesses will take effect Dec. 27 and is aimed as a “pre-emptive strike” against an expected surge in COVID infections this winter amid the emergence of the Omicron variant.

“We in New York City have decided to use a preemptive strike to really do something bold to stop the further growth of COVID and the dangers it’s causing to all of us,” the outgoing mayor said. “All private-sector employers in New York City will be covered by this vaccine mandate as of Dec. 27.”

Vaccinations are already required for hospital and nursing home workers and city employees including teachers, police officers and firefighters. A vaccination mandate for employees of private and religious schools was announced last week.

New York City previously imposed vaccine mandates for city workers, but this would be the first-of-its-kind for private employees.

Mayor-elect Eric Adams said he will “evaluate” the mandate when he gets into office.

“The Mayor-elect will evaluate this mandate and other COVID strategies when he is in office and make determinations based on science, efficacy and the advice of health professionals,” he said in a statement.