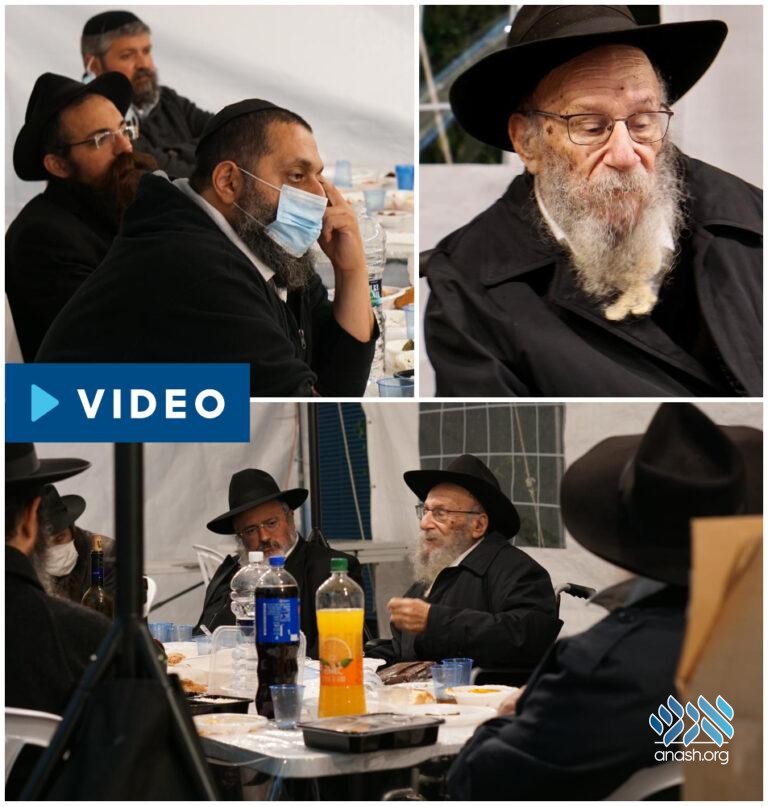 Rabbi Zusha Posner, a well-known mashpia and educator in Eretz Yisroel, celebrated his 85th birthday on Wednesday night with a farbrengen in an outdoor “tent minyan” in Kfar Chabad.

Rabbi Zusha Posner, a well-known mashpia and educator in Eretz Yisroel, celebrated his 85th birthday on Wednesday night with a farbrengen in a outdoor “tent minyan” in Kfar Chabad.

Rabbi Posner, who currently serves as the mashpia of the Raichik Shul in Kfar Chabad, served as a mashpia and educator ever since the Rebbe sent him from the US to Eretz Yisroel in 5718.

Born in 5696 to Rabbi Shalom and Chaya Posner, he was first sent by the Rebbe to Eretz Yisroel following the 5716 terrorist attack in Kfar Chabad that left four students and their teacher dead.

The attack shocked and traumatized the residents of the village, and the Rebbe sent a group of Shluchim to comfort and encourage them. While the other members of the delegation returned to Crown Heights, Rabbi Posner received an instruction from the Rebbe to remain in the Holy Land.

Two years later, he returned to Crown Heights, and the Rebbe instructed him to return to Eretz Yisroel and begin teaching in Reshet Oholei Yosef Yitzchok network of Chabad schools.

In the years since then, he has served as a member of the administration of the Central Yeshiva Tomchei Tmimim Lubavitch in Israel, and mashpia in the Chabad Yeshivos in Lod and Bnei Brak.

In recent years, Rabbi Posner moved to Kfar Chabad, where he serves as a mashpia in the Raichik Shul. On Wednesday night, he celebrated his 85th birthday with a farbrengen, held in an outdoor “tent minyan”, one of the many that have popped up around Eretz Yisroel in the past year.

At the farbrengen, Rabbi Posner also related stories and memories of Rabbi Gershon Mendel Garelik, who passed away last week.