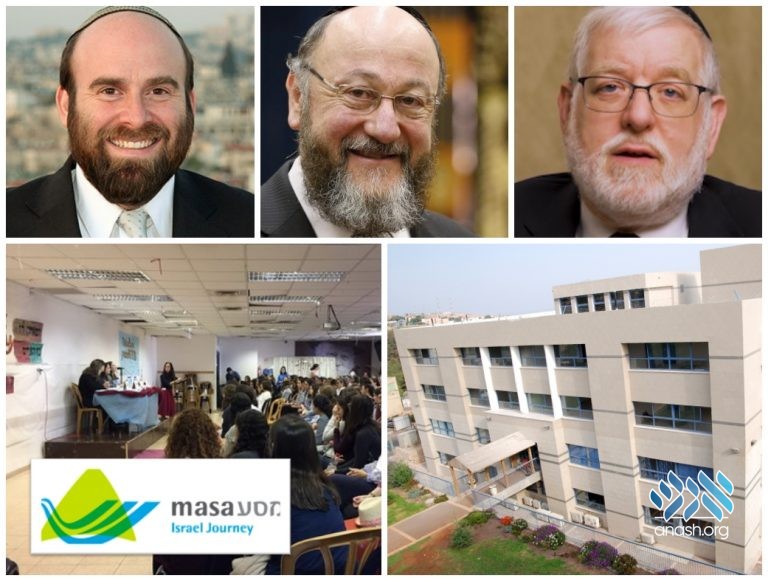 Following emergency meetings, as well as internal and external pressure, Masa has agreed to restore most of the funding it would have normally allocated for frum students.

Days after the Orthodox community worldwide raised an outcry against the elimination of all Masa grants and scholarships to religious programs for students under age 22, Masa Israel Journey has had a change of heart, much to the relief of yeshiva and seminary bound-students and their parents.

As previously reported, coronavirus-related budget cuts had Masa drastically trimming its budget, the axe falling on its Jewish studies programs. Previously, qualifying American students had received nearly $3,000 in grants, with as much as $7,800 allocated to British students.

After an initial outcry, Masa did agree to match funding raised to replace the grants, explained Rabbi Reuven Taragin, dean of overseas students at Yeshivat HaKotel, but even that amount still left parents facing a shortfall that could have imperiled their child’s year of study and had potentially devastating financial repercussions for yeshivas and seminaries.

The global Torah community moved quickly, with the World Mizrachi Movement leading the charge, leveraging its relationships within the Jewish Agency to advocate for the funding to be restored.

Within a period of just 12 hours, more than 50 yeshivas and seminaries spanning the spectrum of Orthodox Jewry, as well as Yeshiva University, the Orthodox Union, the Rabbinical Council of America, AMIT, NCSY, National Council of Young Israel, Religious Zionists of America, Rabbi Ephraim Mirvis, Rabbi Lord Jonathan Sacks and United Synagogue, Mizrachi and Bnei Akiva of Great Britain all signing on a letter asking the Jewish Agency and Masa to reconsider its decision.

Also joining in the effort from the sidelines was Rabbi Pesach Lerner and his fledgling Eretz HaKodesh movement representing the Charedi community, who reached out to Charedi members of the Knesset, rallying them to the cause as well.

After multiple emergency meetings, Masa agreed to restore 75 percent of the funding it would have normally allocated for students attending religious schools, with yeshivas and seminaries agreeing to pay the remaining amount. Plans for a fundraiser to cover the shortfall are already underway, said Rabbi Taragin.

“What made this successful is that it wasn’t just people calling from the outside to complain but also people on the inside working it out,” explained Rabbi Taragin. “As soon as World Mizrachi found out about this, their highest representative at the Jewish Agency, Avraham Duvdevani, went right into Jewish Agency Chairman Buzhi Herzog and said ‘this can’t be, and it has to be fixed,’ and that got the ball rolling on the inside. When Rabbi Sacks and Rabbi Mirvis and the OU called up, that only reinforced the understanding that this had to fixed.”

The voice of the Torah community in Israel is expected to grow stronger after this year’s concerted effort to elect Orthodox delegates to the next World Zionist Congress. Mizrachi and Eretz HaKodesh captured one third of the of slots designated for non-Israeli delegates, a combined victory that The Jerusalem Post described as a shift in power in the American representation at the World Zionist Congress in which “the progressive, left wing bloc has fallen behind the Orthodox religious right wing bloc.”

“The totality of the community got behind this together,” noted Rabbi Lerner. “Now that we will have a larger representation in the Word Zionist Organization, we hope to be able to open doors that will benefit the Torah community.”