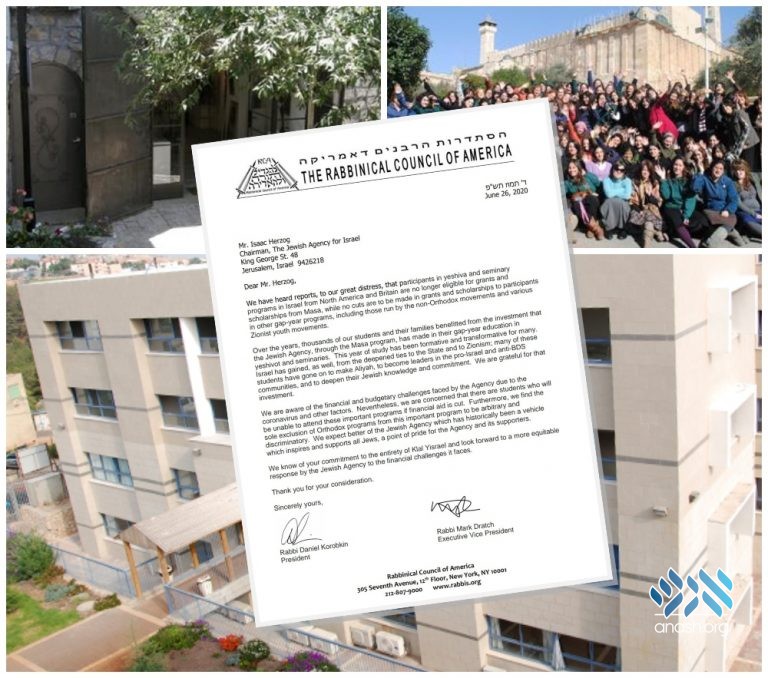 Following Masa’s announcement that it will not give grants to yeshiva and seminary students for the upcoming academic year, appeals have been made to the Jewish Agency, which provides half of the organization’s annual budget.

Parents of seminary-age girls have been left reeling, following Masa’s announcement that participants under age 22 from North America and Britain are no longer eligible for grants for yeshiva and seminary programs.

Masa Israel Journey is an organization that runs hundreds of long-term programs in the country. With tuition for seminaries running well into the five-digits, frum families have relied significantly on the funding provided by Masa, especially those in Europe, which typically receive a considerably larger amount than their American counterparts.

Appeals are being made to the Jewish Agency in Israel, which provides half of Masa’s annual budget of $58 million, the other half provided by the Israeli government.

“We are aware of the financial and budgetary challenges faced by the Agency due to the coronavirus and other factors,” wrote Rabbi Daniel Korobkin and Rabbi Mark Dratch of the Rabbinical Council of America (RCA), in a letter to the Agency. “Nevertheless, we are concerned that there are students who will be unable to attend these important programs if financial aid is cut.”

Most notably, Masa’s grants and scholarships for gap-year programs run by non-Orthodox movements and Zionist youth groups will remain in place. About half of Masa participants are students in yeshiva and seminary programs in Israel, and according to Haaretz’s report on the organization’s statement, the grants for such students are not large.

“We find the sole exclusion of Orthodox programs from this important program to be arbitrary and discriminatory,” the RCA wrote. “We look forward to a more equitable response by the Jewish Agency to the financial challenges it faces.”