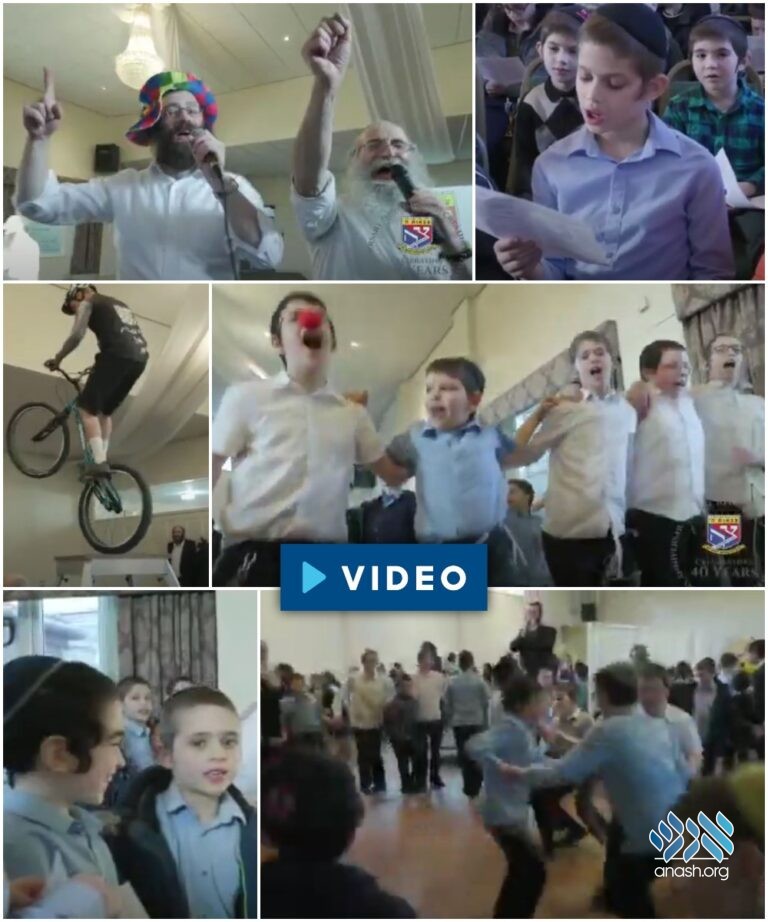 200 boys and girls from Manchester and neighboring communities gathered for a lively rally and concert celebrating the 40th anniversary of their Tzivos Hashem branch, featuring singer Buchy Gluck and an acrobatic bike show.

Nearly 200 boys and girls gathered together from different communities in Manchester, and from Leeds, Liverpool, Birmingham, Sheffield and even Edinburgh in Scotland, to celebrate a 40th anniversary Tzivos Hashem Unity Rally.

The rally featured a joyful concert by local celebrity singer Buchy Gluck and a terrific acrobatic mountain bike show. Fantastic scooters and other prizes were raffled off as rewards for the children’s cooperation and simcha.

The event was initiated almost a year ago by a generous sponsor who suggested that when the lockdown would finally be over and children could gather again, it would be a wonderful opportunity to make a grand rally to show gratitude to Hashem for their new freedom.

Since this would be the first occasion when the Manchester community could get together to mark the 40th anniversary of their Tzivos Hashem organization, the two themes were fused together.

Little did the organizers know when they fixed the date that the rally would take place in the midst of a deadly war between Russia and Ukraine which would give the children the added opportunity to daven for the safety of the Jews and other innocent victims of this military invasion. This was one of the missions that the Rebbe strongly encouraged children to fulfill.

Tzivos Hashem, a project of Lubavitch Manchester, has been run since its inception by Dov Ber Klein and his wife Sonia. During the rally, Dov Ber related to the children the history of Tzivos Hashem and its varied peulos in Manchester.

Rabbi Shmuli Brown, Campus Rabbi at Liverpool University, spoke about his childhood memories and how he had been inspired to set up Tzivos Hashem in Ukraine. How appropriate that he was the one to lead the Tefillos for the safety of Yidden in Ukraine.

Towards the end of the rally a video was taken to send the Jewish victims in Ukraine the positive energy and the good wishes of Jewish children here in Manchester.

Buchy Gluck’s musical performance exuded the Simcha of Adar and the children responded with tremendous achdus, singing and dancing.

The experience and atmosphere were unforgettable and the event was topped by the phenomenally professional acrobatic bike show which had the children totally spellbound.

Following the great success of this concert rally, another giant concert rally is being planned for the upcoming Shnas Hakhel, hopefully in Yerusholayim!