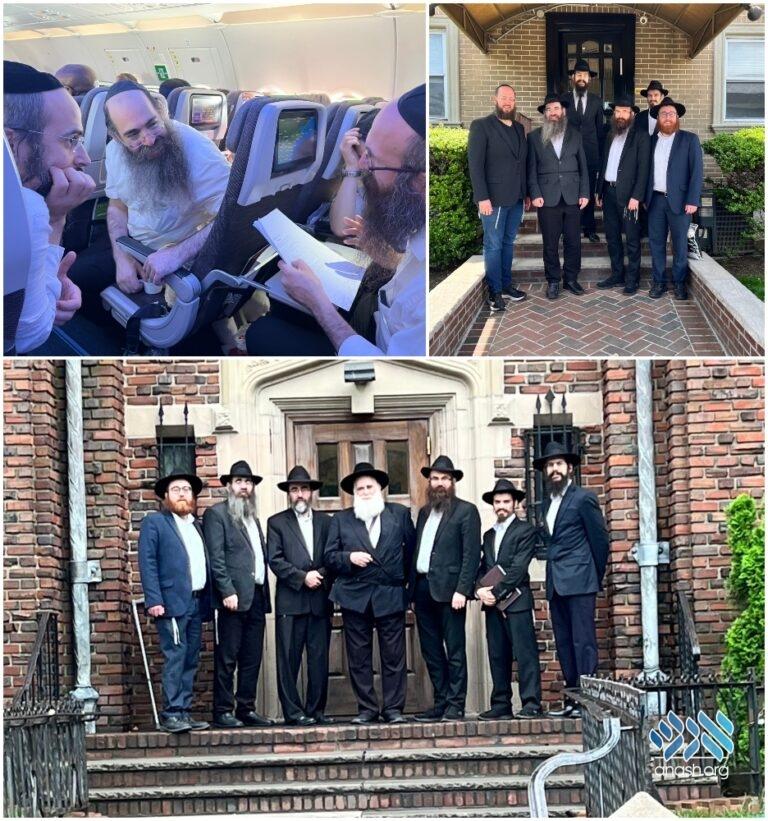 After many weeks of preparation, several anash of Manchester UK took off on Thursday, Yud Sivan, to spend Shabbos by the Rebbe, with visits to 770, the Ohel and the Rebbe’s home.

After many weeks of preparation, several anash of Manchester UK took off on Thursday, Yud Sivan to spend Shabbos by the Rebbe. The journey began on a high as Rabbi Shmulik Cohen described that the flight was “one big farbrengen where we spent hours discussing and telling Chassidishe stories about traveling to the Rebbe”.

Friday Morning started out early with a going to the Ohel. A Pan kloli on behalf of all Shluchim and Anash in Manchester was read by zoche begorel – R’ Shneur Zalman Odze.

For mincha they had the zechus to daven in the Rebbe’s home together with another group from Europe. R’ Shneur Kramer expressed how amazing it was to be able to see where the Rebbe and Rebbetzin lived!

The highlight of the trip was spending Shabbos at the Ohel. For some, it was the first time and for everyone it was extremely uplifting. Rabbi Dovid Tzvi Weinman says that the Davening and learning and farbrenging together is something that will be remembered and have an effect for a long time.

On Sunday the group was able to enter the Rebbe’s room to say Tehillim and that was followed by a tour of WLCC and the Rebbe’s library.

The feeling of traveling to spend Shabbos by the Rebbe and the uplifting inspiration it brings is difficult to describe. Everyone felt the trip was a great privilege and that it deeply enhanced their awareness of the connection that a Chossid has with the Rebbe. They strongly encourage others to experience it too.

Rabbi Hillel Blesofsky reminisced that 31 years ago on this very Shabbos – 12th Sivan the Rebbe surprised the Chassidim with an unexpected Farbrengen. May we merit to spend Shabbos with the Rebbe where we can see the Rebbe with our very own eyes speedily in our days!

The trip was organized by R’ Shneur Kramer as a project of B’Ohr Chabad – Beis Menachem Manchester.