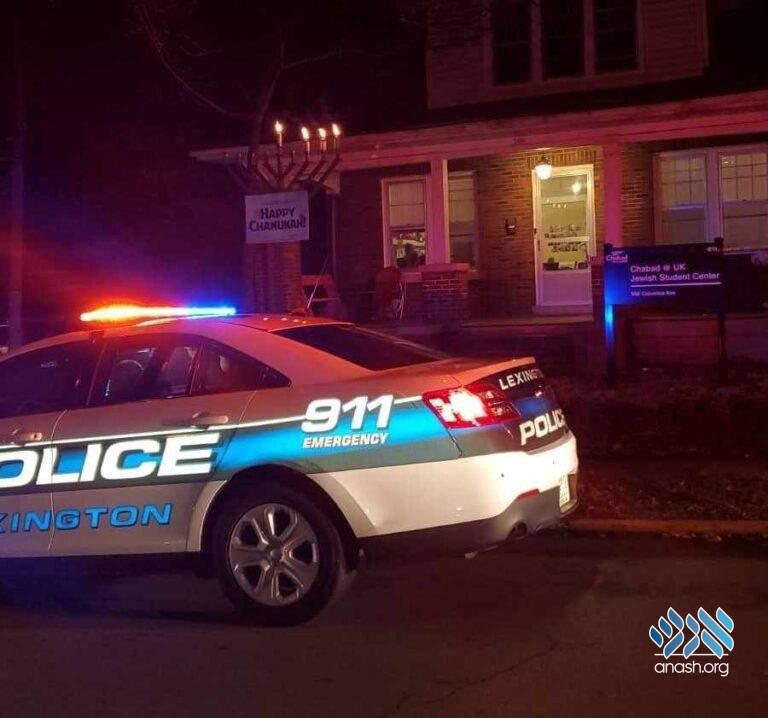 A community member of Chabad of the Bluegrass was assaulted in an anti-Semitic attack, just as they were preparing to light the third menorah candle.

As Chabad of the Bluegrass in Lexington Kentucky were preparing to light the third menorah candle, a community member was assaulted in an anti-Semitic attack outside the Chabad House.

The Rabbi says a car pulled up, nearly hitting the volunteer camera crew and the driver began yelling antisemitic slurs. A community member who was assisting in the lighting heroically stepped between the assailant and the Chabad house where several children were in the front room.

The attacker grabbed the man and held his arm, dragging him for a block, and running over his leg. The car then sped off.

In response to the attack Lexington Mayor Linda Gorton wrote “Racism and religious persecution have no place here. Police have started an investigation into the criminal incident at Chabad of the Bluegrass on Saturday. Those who violated the law will be prosecuted. Let’s join in the spirit of Chanukah, a celebration of good over evil.”

Daniel Cameron, Attorney General of the commonwealth of Kentucky expressed outrage over the incident saying “This is sickening and unacceptable. I had the opportunity last week to meet with Rabbi Litvin, and we talked about the importance of speaking out against anti-semitism in all its forms. My thoughts are with the victim and the Chabad of the Bluegrass.”

Rabbi Shlomo Litvin, director of Chabad of the Bluegrass said he appreciates the quick response of the Lexington Police Dept, and EMS, and the attention paid to this by law enforcement. He is also grateful for the outrage shared by leaders including Mayor Gorton, the Attorney General, and others.

Before he left for the hospital, the newest hero of Chanukah insisted they light the Menorah, and not allow darkness to quench our light.

“Last night’s lighting was centered around standing up to hatred, following the antisemitic attack at the Chabad at UK Jewish Student Center and the regrettable silence from some in the aftermath. Seeing this event too marred by violence was especially disturbing, but through it all our Menorah has stayed lit,” the Rabbi said.