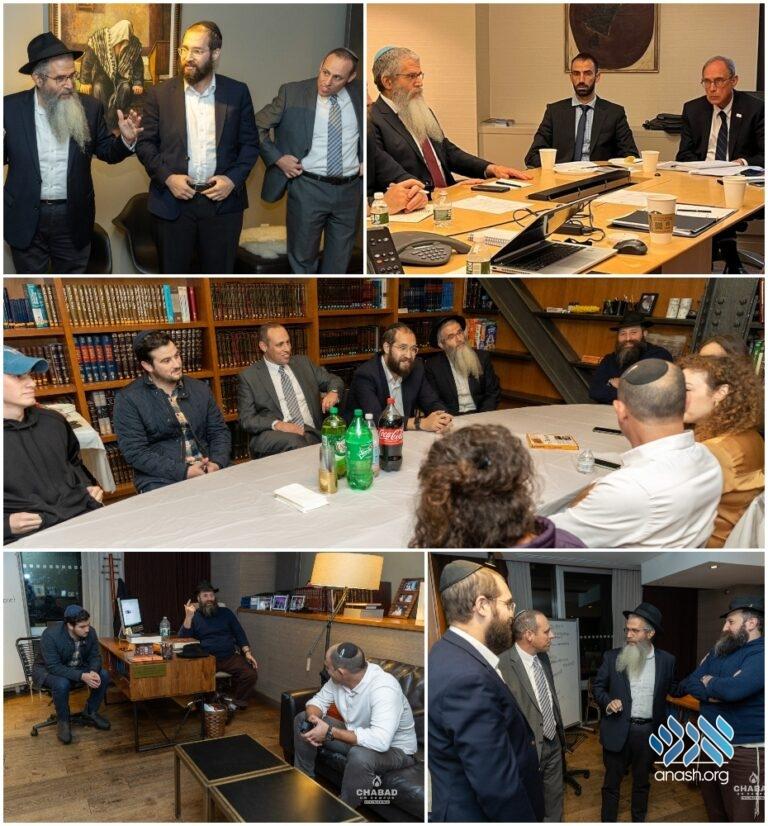 The work of Chabad on Campus shluchim is legendary. What’s lesser-known is that major Jewish organizations have taken notice of their impactful work—and they’re deploying their support to strengthen the shluchim.

The work of Chabad on Campus shluchim is legendary. The very first Chabad house in the United States was established on a college campus decades ago, and activities have grown exponentially ever since.

What’s lesser-known is that in recent years, major Jewish organizations have taken notice of Chabad on Campus’ impactful work—and they’re deploying their support to strengthen the shluchim.

“Some years ago, we started a collaboration with Mosaic United, an organization funded by a partnership with the Ministry of Diaspora affairs of the Government of Israel and other private philanthropists. Mosaic seeks to bolster Jewish life in the Diaspora, particularly on college campuses,” said Rabbi Yossy Gordon, CEO of Chabad on Campus International. “With G-d Almighty’s help along with tireless effort and much perseverance, we were able to begin a partnership. Since then, tens of millions of dollars have been distributed to campus shluchim around the world to strengthen and grow their programming and fund a portion of their student engagement costs. While the shluchim still bear the responsibility of meeting their ever-widening budgets, this partnership is a boost for all.”

Mosaic United’s stated mission is “To empower young Jewish men and women to develop deeper connections to their Jewish heritage and identities and forge a bond with Israel on their own terms and in their own time.” The focus of their campus pillar is on the three major Jewish Campus organizations, Chabad on Campus, Hillel & Olami.

As the beneficiary of outside funds, Chabad on Campus International bears a tremendous responsibility of stewarding and managing the program with maximum efficiency. “Over the years of this partnership, we have developed a robust internal system of monitoring and collecting data for transparent reporting that all gets audited by external auditors,” said Rabbi Levi Rabin, VP of Administration at Chabad on Campus International. “We are grateful and humbled by the opportunity to provide this resource to so many shluchim. We recognize the tremendous financial responsibility each shliach must carry, and while the shluchim will always need more funds, we’re honored to provide this resource.”

Today, a delegation from Chabad on Campus International met with Dr. Nachman Shai, the Minister of Diaspora affairs, Tziona Koenig-Yair, Director general of the Ministry, and other representatives of the Ministry and Mosaic United.

This meeting followed a recent visit a few months back where representatives of the Ministry of Diaspora Affairs and leaders of Mosaic United visited the United States to see firsthand the impact of their funding.

“We had a wonderful time seeing the work of Chabad on Campus” said Meir Holtz, CEO of Mosaic United. “Through the dedicated efforts of Chabad and our other partners, Mosaic United’s Campus Pillar is supporting the engagement of thousands of college students each year, enabling them to strengthen their Jewish identities and connections to Israel. Walking the campuses, talking with the professionals, meeting the students, and seeing the activities reinforced the importance of our partnership and the critical work undertaken by dedicated Chabad professionals in the field.”

“The Jewish world is becoming increasingly aware that college campuses are the battleground for the next generation, and the shape of Jewish future is melded right here and now on those university grounds. Campus shluchim are standing on the forefront of that battle, and to be recognized in such a substantial way is extremely gratifying,” said Rabbi Dov Yona Korn, of Chabad at the Bowery.

Work is far from over. “We are assertively increasing our efforts to secure as much funding for Shluchim as possible,” said Rabbi Avi Weinstein, COO of Chabad on Campus International. “We are in talks with Mosaic to ensure an ongoing partnership for many years to come. Additionally, we are in talks with other major funders and foundations who are recognizing the great impact Shluchim are having. We are eager to see increased resources to the shluchim to expand the scope of their critical work based on the Rebbe’s vision.”