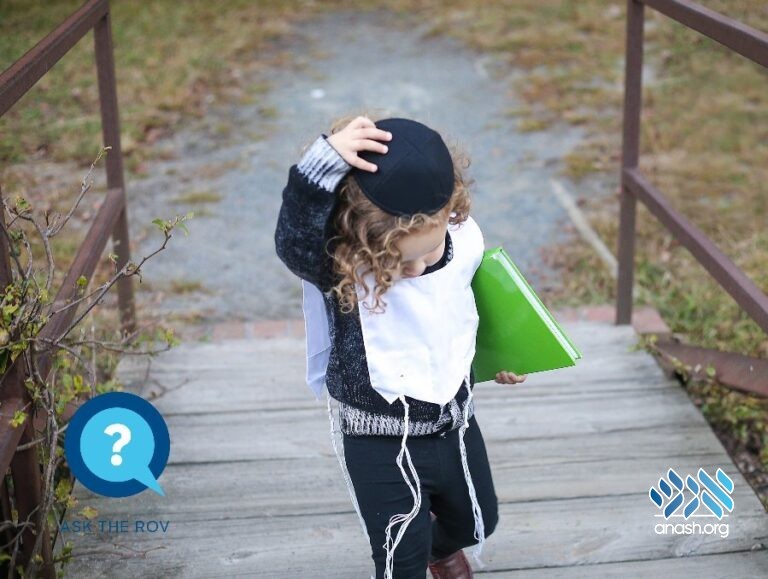 Ask the Rov: Is it worth it to spend extra money on handmade tzitzis strings?

The halacha, based on pesukim, is that each individual string for tzitzis must be spun and twined from multiple threads, and these processes — like the knots of the tzitzis — must be done lishma. A non-Jew can’t be relied upon to have this intent while spinning tzitzis strings, even if instructed to do so, unless a Jew actually assists him in the process. While some are stringent that even the earlier stage of combing the wool (niputz) be done lishma, the Alter Rebbe concludes that it isn’t the prevailing custom.

Before beginning to spin or twine the string, the one working it must proclaim that he or she is doing so for the sake of the mitzva of tzitzis. Theoretically, it is sufficient for the person to hear it being said, but the Alter Rebbe in the Siddur writes that the workers should verbalize this intention themselves.1

If a machine is used to process the strings, is the intent of the person working the machine sufficient?

Many poskim hold that there is no explicit requirement for tzitzis strings to be processed by koach gavra (direct human force), but the question is whether a person’s intent can extend to the machine’s process if it was only started by him.

If it would be a purely mechanical machine — i.e., a crank or peddles must be rotated continuously for the gears in the machine to operate — then the entire process is clearly attributed to the one turning it. Therefore, as long as a Jew is doing so with the proper intention lishma, it is kosher and, in many cases, even l’mehadrin.2

But by electric machines that are started by the press of a button and continue on their own, there is debate amongst the poskim if this can be considered lishma. While some outright invalidate such tzitzis, others permit if the machine is turned on each time by a Jew with intention for the mitzva, including whenever the machine stops or the power goes out.3

The Rebbe notes that during World War I, the Rebbe Rashab had tzitzis made by machines for the refugees who needed tzitzis, and this is proof that they are at least minimally kosher. Yet, the Rebbe makes two distinctions: (1) those machines were less sophisticated than today and required more human intervention;4 (2) at that time, this was the only feasible option to create the number of tzitzis needed, and it was not considered mehudar. When handmade tzitzis are available, writes the Rebbe, it isn’t proper to rely on machine-made ones.5

In practice, when possible, adults should endeavor to acquire tzitzis that use hand-spun tzitzis strings.