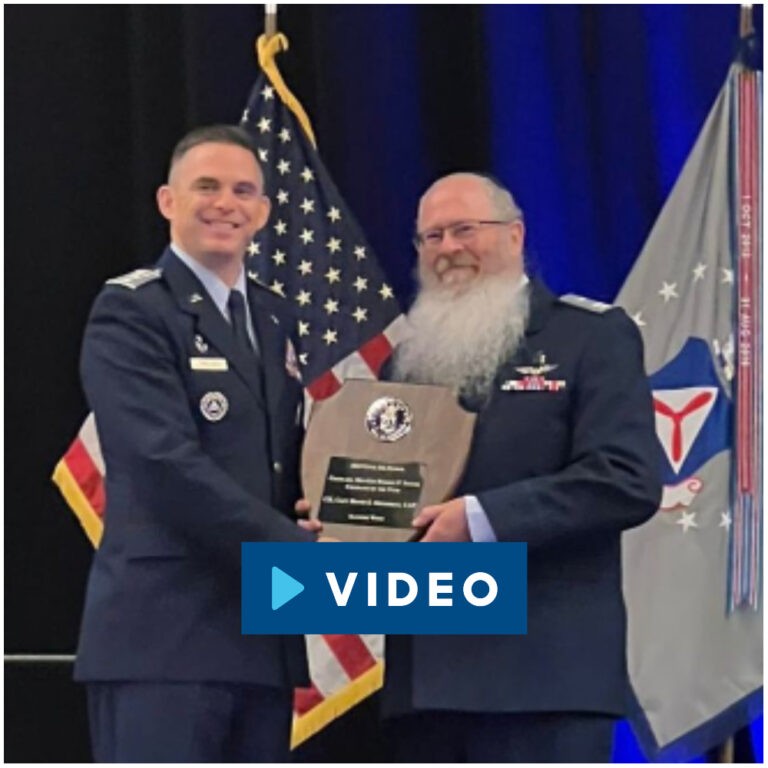 Chaplain Captain Dovid Grossman was recognized with the Chaplain of the Year Award at Civil Air Patrol’s national conference held on Friday in Louisville, Kentucky.

Chaplain Captain Dovid Grossman was recognized with the Chaplain of the Year Award at Civil Air Patrol’s national conference held on Friday in Louisville, Kentucky.

Chaplain Grossman serves as the Wing Chaplain for Civil Air Patrol (CAP) in Illinois and as the Great Lakes Region Diversity Officer. He is responsible for providing Jewish, religious, and general spiritual support to adults and cadets that serve their communities.

As Diversity Officer he forges connections to assure that people of various backgrounds and beliefs will feel supported and welcome within CAP in the Great Lakes Region. As a character development leader, he serves the local units by leading classes providing the cadets with invaluable resources on living with integrity, honesty, and respect.

Captain Grossman is trained as a disaster support mission chaplain to assist with the national emergency service response and is additionally an aerial photographer for those missions.

Last year, he traveled to Fort Hood in Texas and Minot Air Force Base in North Dakota to augment military chaplains by assisting with Jewish religious services and celebrations.

You can see a clip of the ceremony below.