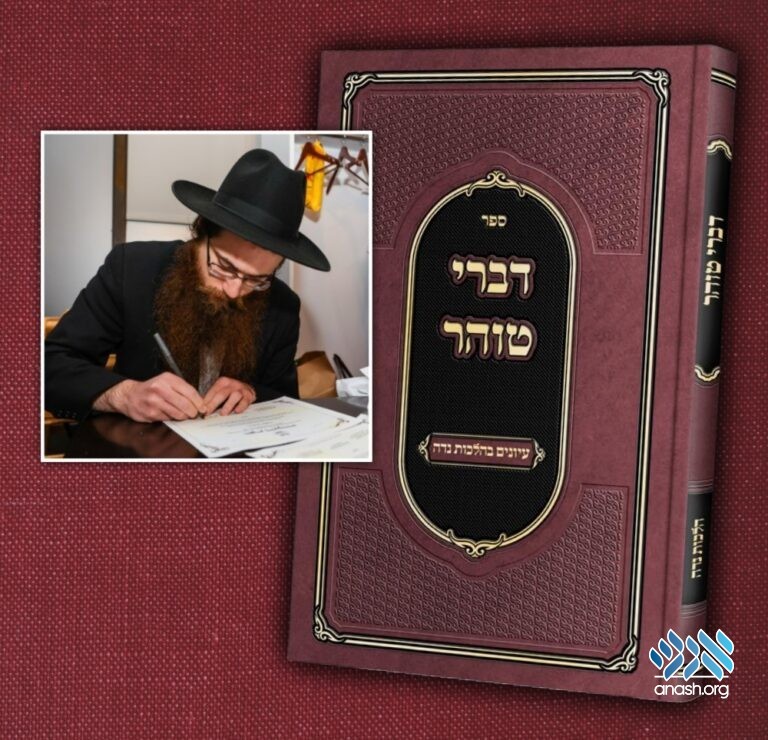 Rabbonim from Boro Park, Kiryas Yoel, Crown Heights, London, Montreal and many others had words of praise for a sefer authored by Rabbi Tuvia Kasimov of Crown Heights.

Rabbonim from around the world, and from across the spectrum of frum communities had high praise for a sefer authored by Rabbi Tuvia Kasimov of Crown Heights.

The sefer, entitled Divrei Tohar, contains essays on topics in hilchos tahara, covering many topics that frequently reach the desk of rabbonim around the world. The author discusses 18 topics, with questions, answers and discussions on the various opinions of poskim on every one.

In his introduction, Rabbi Kasimov writes that some of the essays were written during his time in kollel, and others were written after he began answering shailos in the Crown Heights community.

“The topics in the sefer are among the topics that have been discusses time and time again, and many bottles of ink have been spilled over them. Nevertheless, I noted some ideas which I felt could add to the understanding of the sugyos,” he wrote.

Even prior to its publication in 5781, the sefer already received high acclaim from rabbonim in the USA, Canada and England, who wrote warm haskamos praising the work and saluting the author. Among them were haskamos from Harav Yosef Braun of Crown Heights, Rabbi Noach Issac Oelbaum of Kew Gardens, Rabbi Avraham Benshimon of Montreal, Rabbi Sholom Ber Chaikin of Clevland, Rabbi Levi Raskin of London and Rabbi Mechel Steinmetz of Boro Park.

Following the publication of the sefer, praise began pouring in from rabbonim in the USA and beyond, including from rabbonim and dayonim of the large Chassidic communities in New York.

“When I received the sefer, the house filled with light, the light of Torah, with the wonderful explanations the sefer contains,” Rabbi Meshulam Isser Rotenberg of Kiryas Yoel wrote to the author.

The Skverer Dayan of New Square also had words of praise for the sefer, saying that beyond collecting from the works of others, as many seforim do today, this sefer actually delves into each sugya, discussing every one thoroughly.

“On numerous occasions, the Rebbe urged chassidim to write down and publish Chiddushei Torah, saying that it would both help the one who is studying, and help spread the wellsprings of Chassidus,” Rabbi Kasimov said. “Baruch Hashem I was able to fulfill the Rebbe’s heartful request, and I encourage others to take on the challenge of writing and publishing chiddushim, which can be seen as hard at the onset, but in truth, there is nothing more gratifying.”

Divrei Tohar can be purchased here.