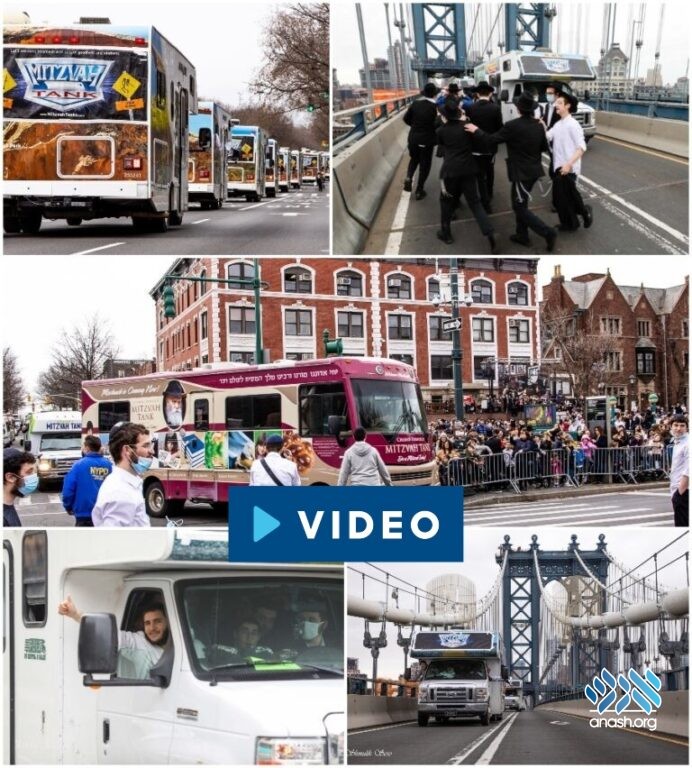 Community of Lubavitchers from South Florida, Arizona, Pomona, Texas, and beyond, will each be taking upon themselves to secure a tank in the world’s largest Mitzva Tank Parade, to represent their community.

Growing up in Crown Heights, we always looked forward to the grand Mitzvah Tank parade.

Every Yud Aleph Nissan, the convoy of tanks would pass by 770, outfitted and equipped with Matzah, Tefillin, Neshek, and a host of other goodies to be distributed to Jews across the entire city of New York.

My friends and I would always get together and arrange a tank for ourselves.

The feeing of pride as we navigated the bustling streets of Manhattan will always stick with me.

Now that I don’t currently live in Crown Heights, I always wished that my children would be able to be a part of this amazing opportunity afforded to me in my youth.

This year, on Yud Aleph Nissan, we celebrate the Rebbe’s 120th birthday.

This year’s parade needs to be bigger and better than ever.

The Vaad in charge of arranging the Mitzvah Tank parade has created a wonderful and unique format this year, and I am excited to be a part of it.

Imagine, a community of Lubavitchers in South Florida, Arizona, Pomona, Texas, and beyond, each taking upon themselves to secure a tank, to represent their community.

We will take this local parade and turn it into a widespread celebration, including those who live afar.

I truly believe this to be a fitting birthday gift as we celebrate this monumental Yud Aleph Nissan.