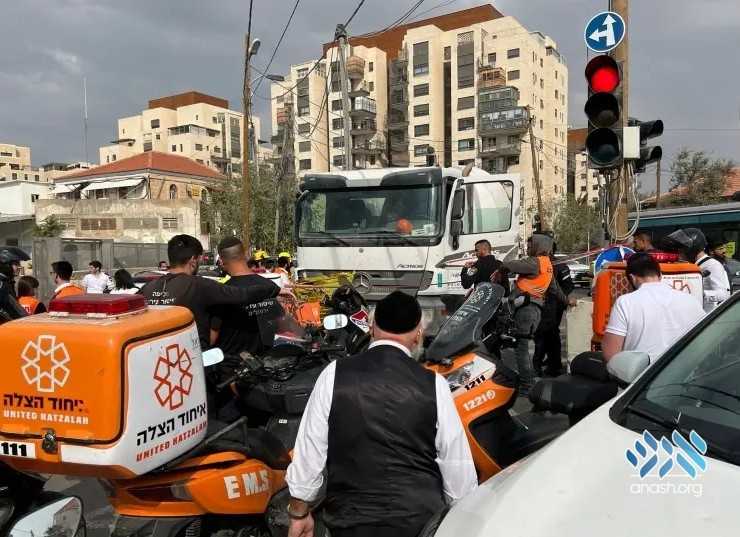 Yoel Dovid Lenau, a 9-year-old Lubavitcher boy was tragically killed by a cement truck in a horrific accident on Rechov Malchei Yisroel in Yerushalayim on Wednesday.

Yoel Dovid Lenau, a 9-year-old Lubavitcher boy was tragically killed in a horrific accident on Rechov Malchei Yisroel in Yerushalayim on Wednesday.

Emergency services were called for reports of a pedestrian struck near the Schneller apartment complex in Geulah. Responding EMT’s found a young boy unconscious and trapped beneath a cement mixer.

Emergency personnel were able to extricate the boy from beneath the industrial vehicle, but by that time it was sadly too late.

“Unfortunately, they had to pronounce him dead at the scene due to the nature of the severe injuries he suffered,” said medic Yakir Shachar.

A preliminary investigation shows that the 9-year-old boy who was killed was on his way home from school together with his older sister when he crossed the road and was hit by a concrete mixer that he did not notice. The sister was not hurt.

The name of the child who was killed has not yet been released.

Israel Police is now investigating the accident to determine what happened.