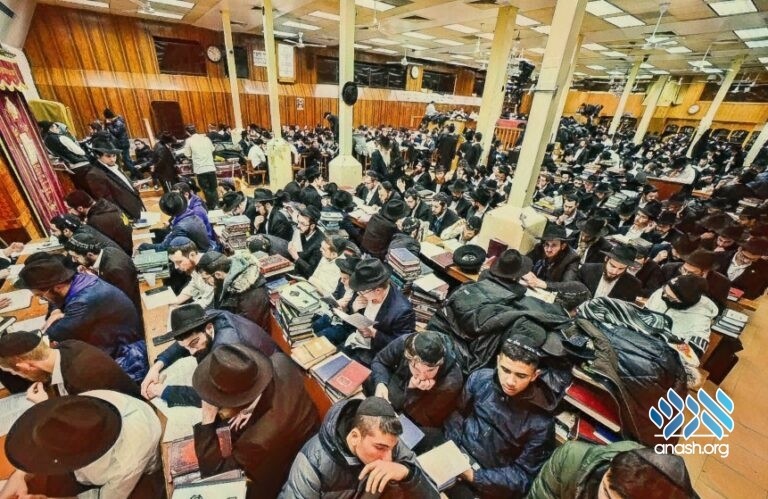 When the opposition in the seforim case claimed that Lubavitch isn’t active, the Rebbe refuted the claim and Judge Sifton visited 770 to see how active it was. But we must each ask ourselves, “Am I also active?”

When the Rebbe received the first batch of Seforim, he took one Sefer home and divided it into small paragraphs. He then instructed that it should be printed and sold for one dollar. This was how everyone bought a copy of Derech Emunah.

From then on, Hei Teves is synonymous with buying Seforim. However, as the Rebbe said, the greatest honor you can give a Sefer is that a guest can see its constant use.

The opposition claimed that Lubavitch is not active, which means we need to be more active, making it visibly clear so that no one should even suspect otherwise.

The judge wrote that he drove by 770 by day and night and he saw that it was a beehive of activity.

Sometime later, the Rebbe said in a Sicha that while Lubavitch is very active, the accusation tells us we need to be even more active.

At a farbrengen, one of the participants noted, there is no question that Lubavitch is active, the question is, “Am I also active?”

It is not enough that I support family members, friends, and others who are doing the Rebbe’s work. There must be a time every day or at least every week that I am actively participating in the Rebbe’s mission.

Rabbi Avtzon is a veteran Mechanech and the author or numerous books on the Rebbeim and their Chassidim. He can be contacted at [email protected]