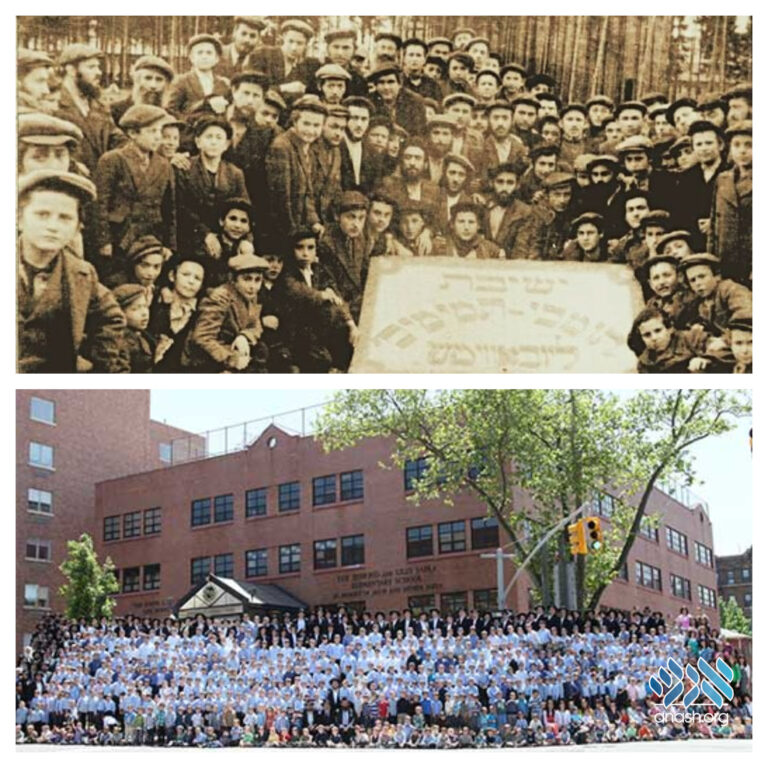 After the communist revolution in Russia, any Jewish education and Jewish activities had to go underground. Parents had a harder time accessing a proper chinuch for the children. Almost the only ones addressing this need, with absolute mesirus nefesh, were the Lubavitcher chassidim (as is well known).

During this time, the famous chosid R’ Chaim Shaul Brook, was sent by the Frierdige Rebbe to the city of Zhitomir, to take care of the needs of the Jewish community there. Immediately upon his arrival, he established an underground cheder and started teaching the local children. The Jewish parents, who had been extremely concerned about the future of their children, were overjoyed, and breathed a collective sigh of relief.

But, their relief was short-lived. Before long, there formed opposition to Rabbi Brook. And this came, not from the communist regime, but from….the local community!

They called R’ Shoiel to a meeting, and confronted him. “It’s very nice, and very much appreciated, that you are teaching our children, and at such great personal risk. But, we notice that you’re spending much time learning Tanya with them. Why can’t you spend more time teaching them gemoro?”

R’ Chaim Shaul explained: “You are right. But, in these times of great turmoil and upheaval, when none of us know what the next day will bring, it is important to learn something that will strengthen and fortify their pnimiyus, – their essence. The only thing that I know how to learn and teach in a manner that touches the pnimiyus is Tanya. But I agree with you wholeheartedly that it would be very important to teach them gemoro. If you can only find someone to teach them gemoro in a manner that touches and involves (his and) their pnimiyus, then that would be much preferable.”

They said to him: “We may have people who could teach gemoro in an appropriate manner. But to run a cheder involves great costs, and we don’t have the means to fund it.”

So he told them: “I will take care of all of the funding, you can leave that to me. This is extremely important, it is vital, and if you can find the person, I will undertake to carry the entire financial burden”.

But, they said to him: “Even if we find the person who is capable of teaching, and you take care of the finances, still, to teach Torah in the current atmosphere requires literal mesirus nefesh. Which person will be ready to sacrifice his own welfare and that of his family, just in order to teach our children?!”

“So, let me understand”, he summarized, “what you are telling me is that money, you don’t have, mesirus nefesh, – you don’t either have, both I will have to provide. But, nonetheless, you want to tell me what to teach!! (advice is the one thing you still seem to have in abundance)”

The mesirus nefesh comes from Lubavitch. Only the Rebbe was able to send young couples, with such total sacrifice, to every place in the world where a wayward Jew may be found. The funds, often, are also provided by Lubavitch (in many instances not just for Lubavitch activities, but to help other organizations, as many stories illustrate).

There are countless instances in which “other” Yidden, from a wide spectrum of groups, find their spiritual and physical needs taken care of – when they find themselves unexpectedly stranded in some remote corner of the country or the world – only thanks to this mesirus nefesh of these shluchim.

There is no doubt that they acknowledge it and appreciate it. But still, when it comes to how the shluchim should do their jobs, regardless of the results seen thus far, they are certain that they know best.

But I think we need to focus on the lesson for all of us:

This Sunday is the 15th of Ellul, the day that the Rebbe Rashab established Tomchei Tmimim. The Yeshiva, since its inception, has produced an army of students who are not afraid of any level of mesirus nefesh, and who selflessly give of themselves to ensure the continuity of Torah and Yiddishkeit. It produced young men who rose to higher spheres in Torah and avodas Hashem.

We all recognize the amazing contribution of Tomchei Temimim to our own lives and to world Jewry. We appreciate Tomchei Temimim, and we are immensely proud of it and of our association with it. But – sometimes we still think that there are those who have a thing or two to teach the Yeshiva as well. After all, the Yeshiva is, in many ways, old fashioned and outdated. There are so many contemporary ideas and approaches that could and should be incorporated into the Yeshiva to ensure even greater success.

From claims that the lack of any secular education doesn’t adequately prepare our children for facing the “real” world to criticism of how a bochur may spend his yom tov to challenges to the curriculum in Hebrew studies, we may feel intimidated by the professional assessments of the chinuch of our Yeshivas.

But we shouldn’t forget that it was Tomchei Tmimim that brought mesirus nefesh to the table, the mesirus nefesh that formed the foundation upon which Torah and institutions of Yidishkeit, from all factions, continue to flourish to this day. It’s easy for everyone to suddenly become the expert, but we would do well to depend on the successful track record of the Lubavitcher Yeshivos to continue to guide us.

If you want to be a proper chosid, to succeed in our ultimate mission (and to be successful in the כי תצא למלחמה על אויביך), then put all of your efforts into living and behaving in the manner that a Tomim was expected to from the very start. Which is really quite simple: Learn chassidus diligently, learn nigleh diligently, work consistently on your avodas hatefilla and on darkei hachassidus in general, and cultivate a genuine love and caring for every single Jew!

And don’t forget the mesirus nefesh. Tomchei Tmimim taught us to be ready to completely disregard our self, our own gashmiyus and even our own ruchniyus, and focus exclusively on how we can further the ultimate goal.

Let us use the special date of 15 Ellul, the day Tomchei Tmimim was established (and that the Rebbe attached so much importance to), to focus on what we were taught and given by Tomchei Temimim, to think about how (and if) we are living as would be expected of a Tomim, and how we can grow and improve in that, and ensure that the lessons of Tomchei Temimim are not lost on us.