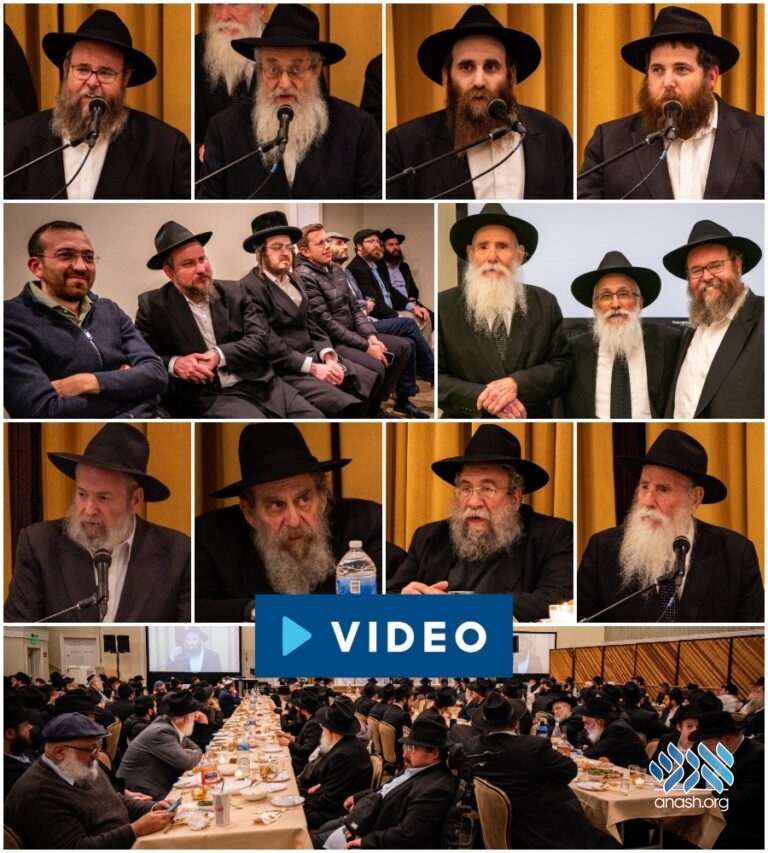 A farbrengen in Los Angeles marked the chag hageulah of Yud Tes Kislev and the first yahrzeit of the community’s beloved and respected rov, Harav Shimon Raichik a”h.

Hundreds gathered for the farbrengen, which was organized by the Chabad shuls and centers of Los Angeles and surrounding areas, and was held in the Nessah Synagogue.

The guest speaker of the evening was Rabbi Yisroel Deren, head shliach to Connecticut, who also continued farbrenging with a large crowd after the formal farbrengen concluded.

During the event, the Raichik family announced the launch of a project to build a new Chabad mikvah in the La Brea area, a lifelong dream of their father.