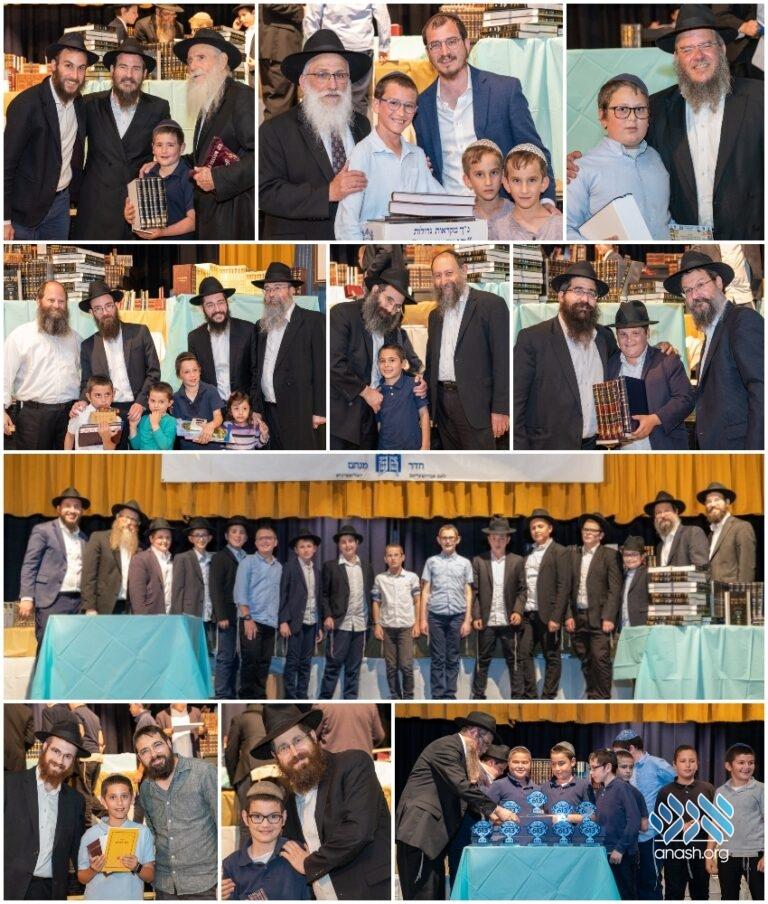 On Sunday, Chof Sivan, talmidim of Cheder Menachem Los Angeles and their mechanchim, families, and friends gathered together to award the Talmidim for their achievements in learning thousands of Mishnayos and Tanya Baal Peh.

On Sunday, Chof Sivan, talmidim of Cheder Menachem Los Angeles and their mechanchim, families, and friends gathered together to award the Talmidim for their achievements in Mishnayos Baal Peh. The Mishnayos Baal Peh program ran from Yud Shevat and continued until Yud Alef Nissan as a present to the Rebbe.

Rabbi Mendel Greenbaum, menahel of the Cheder, opened the event by welcoming the talmidim and guests and extending a hearty yasher koach to all those who were involved in the program.

Rabbi Yosef HaLevi Shusterman, Shliach to Beverly Hills and Rov of Anash, shared words of bracha and emphasized the importance of continually reviewing that one has learned baal peh. Rabbi Shlomo Cunin, head Shliach to the West Coast, addressed the Talmidim as well.

Special Hakoras Hatov was expressed to Reb Yankel Ginsburg and his family, who sponsor the Mishnayos Baal Peh program, l’iluy nishmas his father Reb Dov Reuven ben Reb Dovid HaLevi a”h. In addition, thanks were given to the Raichik and Schapiro families for their support.

The program’s coordinator, Rabbi Sholom Heidingsfeld, gave a brief overview of accomplishments of this past year. Special recognition was given to talmidim who gave of their personal time throughout the year to test younger talmidim.

Rabbi Shmuel Schapiro, Middle School principal, introduced the Talmidimb with the highest achievements: 8th grader Yitzi Heidingsfeld who learned the entire Seder Moed, Zeraim and Nezikin baal peh and to Avremel Heidingsfeld who learnt 9 mesechtos and 7 perakim of Tanya by heart, and to Tzemach Rodal who learned maseches Brachos and 5 perakim Tanay by heart.

Special mention was also made of two Talmidim who learned the first 12 perakim of Tanya by heart as part of the 12 Perakim Club in Cheder, Arye Leib Kramer and Mendel Zaetz.

Following this, each Talmid received a prize according to what they had learned.

Rabbi Dovid Blasberg , elementary school principal, presented the talmidim who excelled in the iyun track of Chidon with the special glass trophies and highlighted what added to the success of this year’s program, the students who volunteered their time to test the younger students in cheder.

The success of the event was largely thanks to Mrs. Ruchie Stillman, R’ Nochum Labkowsky, Rabbi Leibel Cohen, Mr. Sam Kustanovich, and the Rebbeim, Menahalim and board members of the Cheder.

Participants left feeling that this was a most appropriate program certainly bringing much nachas to the Rebbe.