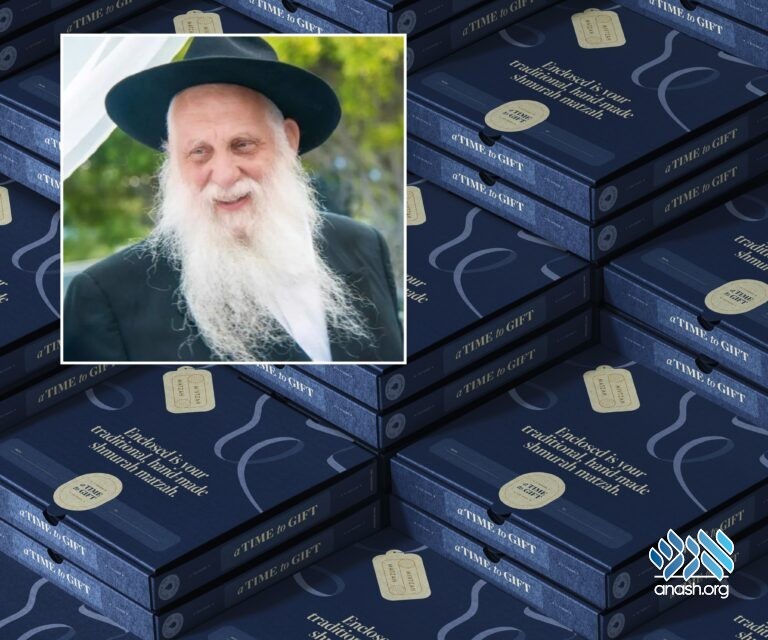 Los Angeles, a city that features prominently in the history of Mivtzah Matzah is making news once again as LA Anash will distribute 120 pounds of matzah before this Pesach in memory of its beloved rov Rabbi Shimon Raichik a”h.

Los Angeles, a city that features prominently in the history of Mivtzah Matzah is making news once again as LA Anash projected to distribute 120 pounds of matzah before this Pesach.

The community is the latest of seventy communities and shuls around the world who are joining Or Vechom’s Mivtzah Matzah campaign as a gift to the Rebbe in honor of 11 Nissan.

The LA initiative is being organized by the Raichik family l’ilui nishmas their father Rabbi Shimon Raichik, who passed away four months ago.

Mivtzah Matzah was one of the first mivtzoim campaigns announced by the Rebbe in 1954. In those early days, Harav Shmuel Dovid Raichik a”h, shliach to LA, would distribute thousands of matzah packages, especially to local Jewish Day Schools.

Through the Rebbe’s campaign and the efforts of early shluchim like R’ Shmuel Dovid and his son R’ Shimon, Shmurah Matzah became ubiquitous in the Jewish mainstream. It appears everywhere from the shelves at Costco to the seder table of President Obama’s White House. “A generation of Jewish kids grew up eating shmurah matzah on seder night just because my father took the Rebbe’s mivtzah seriously,” says Rabbi Levi Raichik, son of R’ Shmuel Dovid.

Now, decades later, thanks to Vaad Or Vechom’s Mivtzah Matzah campaign, LA Anash are taking the Raichiks’ legacy to the next level. For the first time, members of Anash will come together to give out 120 pounds of Shmurah Matzah to their friends, neighbors, colleagues, and acquaintances.

Spearheaded and facilitated by the Raichik family, every chossid will be able to participate in distributing the matzah this year more than ever before. Community members will pick up their matzah at a grand Yud Alef Nissan farbrengen Rabbi Levi is planning in the Rebbe’s honor.

“This mivtzah is so convenient and easy to do,” says Avi Katz, one of the organizers of Or Vechom’s Mivtzah Matzah campaign. “Anyone can give their fellow Jew a chance to hold a seder in the most mehudar way possible and at the same time give a tremendous gift to the Rebbe.”

The mivtzah is billed on its website as, “A collective gift to the Rebbe from Anash communities worldwide.” Hundreds of communities and even groups of friends are answering this call and joining the campaign. It is easy for anyone to sign up by visiting the website here.