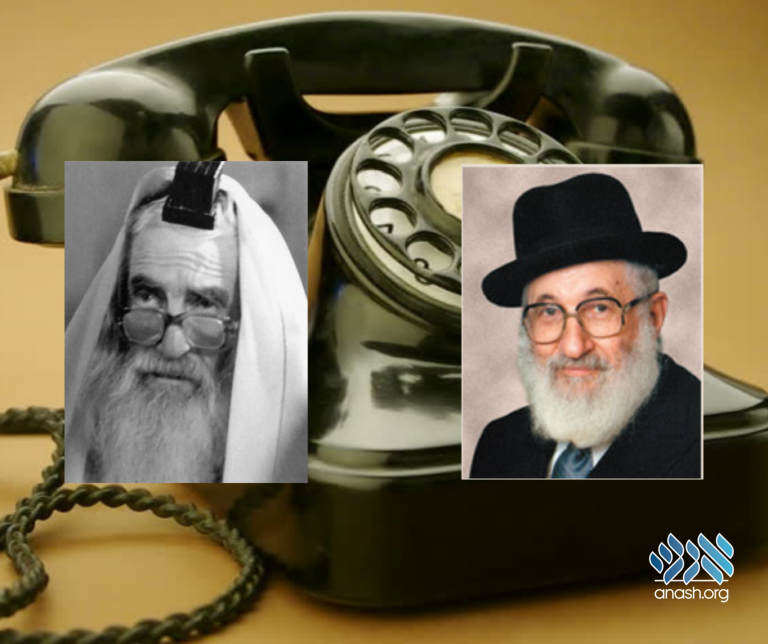 RebbeDrive released an audio recording of a long-distance phone call, documenting the Rebbe’s communication to the Chassidim stuck in Communist Russia.

As is evident from this recording, communication was done in those years with various code words, as the KGB was feared to be listening to their phone calls. Most notably is how the Rebbe is referred to as ‘Der Zeide’.

“‘Der Zeide’ wants to know why he isn’t taking his insulin?”

“Insulin” was not a code for something, it was meant literally.

There was a yid in Moscow, an old chossid, Rabbi Kalman Meilach, was his name. He was sick with yeneh machla, R”L, and he also suffered from diabetes. And he refused to take his medicine.

Somehow, the Rebbe heard about it, the Rebbe asked Rabbi Berl Levy to call Moscow. As you can hear in the recording, ‘Der Zeide’ wanted to know what reason he had for not taking his medicine.

This recording serves as a firsthand example of the Rebbe’s meticulous care and concern regarding an individual Chossid’s health.

Reb Getche then askes Reb Berel “is ‘Der Zeide’ feeling better?” at the time the Rebbe davened upstairs, instead of walking all the way downstairs as usual. Reb Berel assures the chossid in faraway Russia, that the Rebbe is indeed feeling better, B”H.

This historic release is presented in honor of the upcoming yahrtzeit of Reb Getche, this Shabbos – 24 Tammuz. Below are some pictures of this legendary chossid.