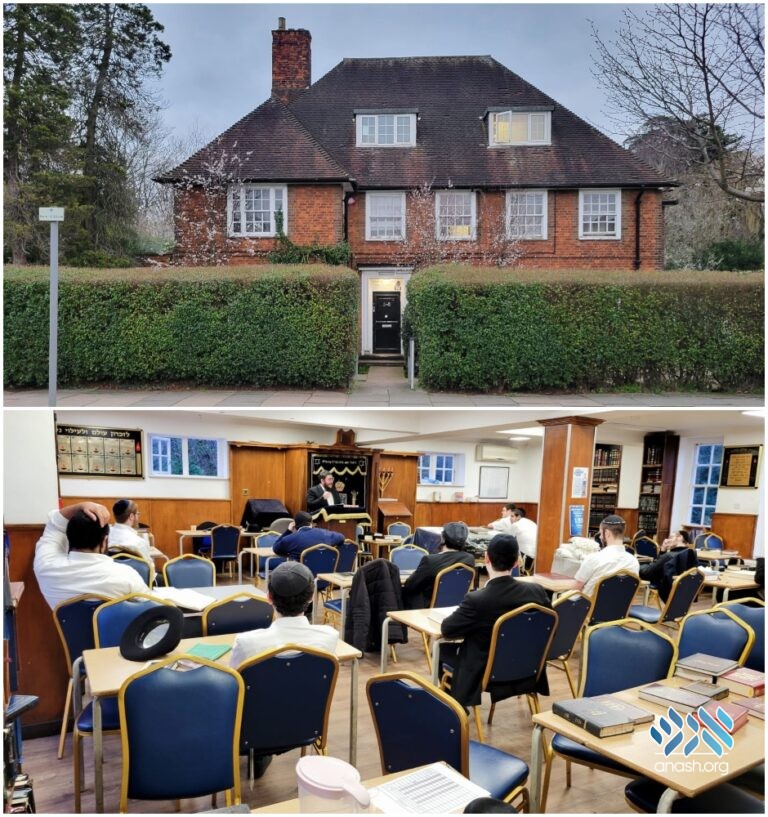 After floods last summer forced the London yeshiva to relocate from the iconic building on Kingsley Way, the building underwent repairs and recently welcomed back the yeshiva faculty and bochurim.

In July of 2021, the legendary yeshiva in London was left flooded after the city was hit by unusually heavy rains, as reported here. Situated between the Northway Gardens and Lyttleton Park in the picturesque Hampstead Garden Suburb, the yeshiva is on the banks of a river which overflowed, causing extensive damage and rendering the building unusable.

Since the yeshiva’s founding some forty years ago by Hagaon Harav Yitzchak Meir Hertz, Kingsley Way has become synonymous with it for the thousands of bochurim who have studied there. But with their dormitory, zal, and facilities in disrepair, the yeshiva was forced to temporarily downsize, and only accepted a small group of bochurim for the year of 5782. A house was rented to serve as the dormitory, and the bochurim studied in the nearby Heichal Menachem shul. Although small in number, the yeshiva continued on, strong as ever, under the leadership of Rabbis Gedalya Lieberman and Mendel Gordon and a dedicated staff.

Now, after the building has been thoroughly dried up and undergone repairs, the Yeshiva has moved back to the original building on Kingsley Way.

With the larger building back in use, they are finally able to accept more applications for the coming year. But space is still limited. Bochurim should apply early to secure a spot for next year.

In particular, the yeshiva will be accepting bochurim who are serious about learning and looking for  a clear derech halimud, specifically learning sugyos aliba dehilchasa. It’s an intense program, but sure to equip its Talmidim with a clearer way of approaching sugyos in shas and prepare them for a life of learning, understanding, and acquiring knowledge in Torah.

Alongside the niglah Hanalah led by Rabbi Lieberman, the bochurim receive shiurim in chassidus and partake in farbrengens with the mashpiim led by the internationally acclaimed Mashpia, Rabbi Mendel Gordon. Famous for his clear and incisive hadracha approached through the lens of chassidus, Rabbi Gordon has left a mark on the thousands of bochurim who have studied in London over the last forty years.

For more information, applicants can reach out to Rabbi Lieberman at +447914444312 or send an email to [email protected]