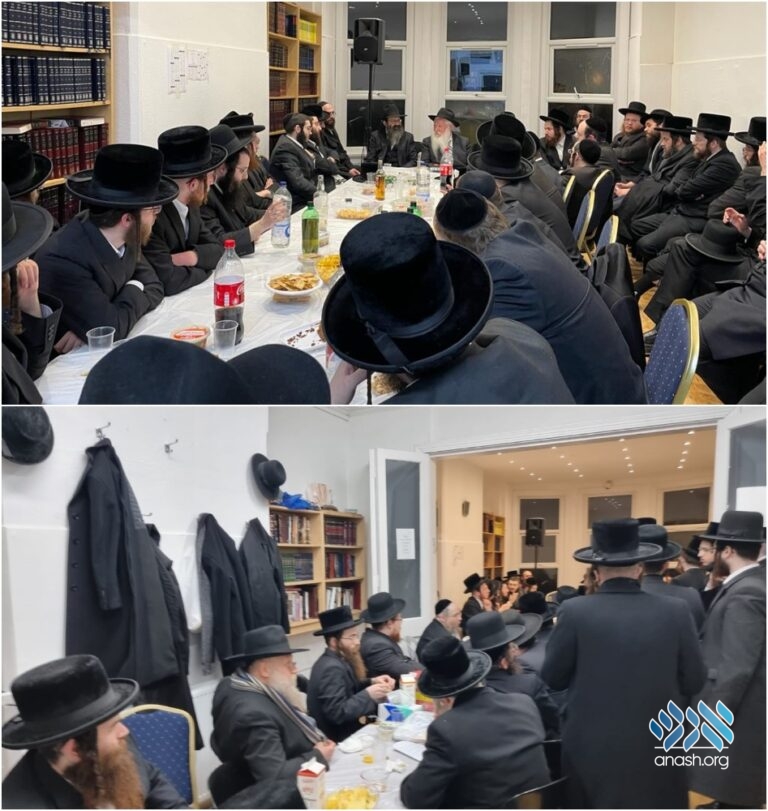 The past few years have seen tremendous growth of spreading the teachings of Chassidus in London with yungeleit from all chassidishe kreizen gathering to learn Chassidus. A recent farbrengen at the newly-opened Merkaz LeToras Hachassidus drew a large crowd.

The past few years have seen tremendous growth of spreading the teachings of Chassidus in London. Many local yungeleit from all chassidishe kreizen gather to learn Chassidus and farbreng on yomei d’pagra.

Recently, a London organization looking for a guest speaker at a chizuk event and then a fundraiser, and brought down Rabbi Manis Friedman to speak. Grabbing the opportunity, a number of other organizations booked him to speak as well.

Close to a thousand women from the Stamford Hill community came to hear Rabbi Friedman, who was flown to England especially for this. Though the event was Sunday night, by Thursday it was already fully booked to capacity, leaving many women desiring to come, looking forward to his next visit. Rabbi Friedman spoke about the purpose of a woman as an akeres habayis, who sets the standard and guidance for the children and sets the tone of the entire home.

Many of these women attend the regular Shiurim held by Beis Chana of London, which hosts both shiurim in Tanya, as well as Shiurim exploring the depth of the Yomim Tovim in the light of Chassidus. Beis Chana held an event this Yud Tes Kislev with Rabbi Shais Taub, which drew close to two hundred women, despite the fact that there was a heavy blizzard outside.

Later on, Rabbi Manis led a Fabrengen for the wider community, held at the recently opened center Merkaz LeToras Hachassidus, drawing a crowd of over a hundred people. Many of the participants regularly listen to Rabbi Friedman’s lectures and shiurim online, and were very excited to see him live. Others who joined heard from their friends about the visit and joined.

All the participants thoroughly enjoyed the Fabrengen, finding many valuable ideas and messages, and stayed put until the Fabrengen ended, almost two in the morning.

Much discussion was spent on the true value of a Yid, how every Yid really wants to do what Hashem wants, the meaning of a mitzvah and how an Aveira is there to bring us to a higher teshuvah. The last part of the farbrengen was focused on the meaning of Moshiach, that Moshiach is all revealing Hashem in this world, and how we have the challenge to live as דער לעצטע דור פון גלות און דער ערשטער דור פון גאולה, to live both with Geula as a reality, as well as to combat the challenges that the Golus presents to us.