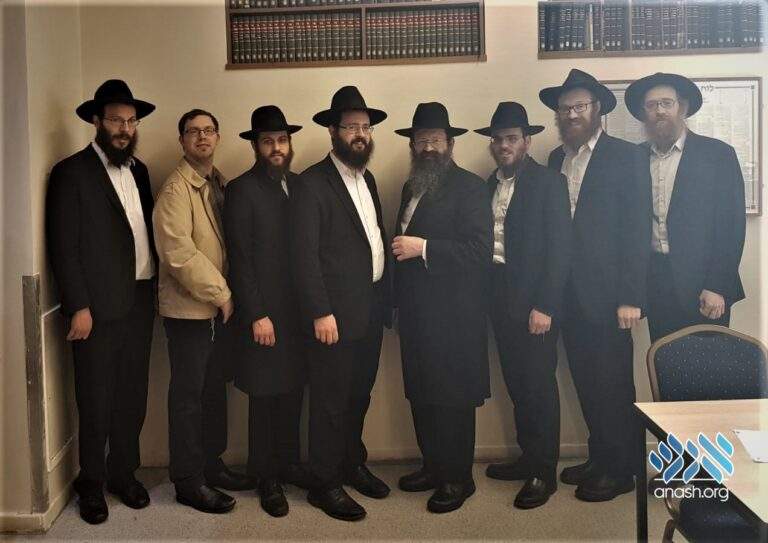 After months of in-depth study, the Lubavitch Kolel of London published the halachos of Sukka walls that are missing from the Alter Rebbe’s Shulchan Aruch.

In their introduction to Shulchan Aruch, the Alter Rebbe’s sons write: “It is well known that due to many troubling events, particularly two fires, the original manuscripts written in the Alter Rebbe’s holy handwriting were lost, and all that remained were copies of certain parts found in the possession of various students.”

After piecing the manuscripts together, some sections of the Alter Rebbe’s Shulchan Aruch remained missing. One of them is Orach Chaim 630 which discusses the halochos of the sukka walls.

For years, no such “replacement” was known to be written on this siman. In 5732/1972, an anonymous manuscript was found, and it was published as a hosafa to the sefer Piskei Dinim of the Tzemach Tzedek.

Over recent months, this “replacement” siman was studied in depth in the Lubavitch Kolel of London lead by Dayan Levi Yitzchok Raskin, Rov of the Lubavitch community. Following the study, the Rosh Kollel, Dayan Raskin has published a revised edition of this work, where he corrected many errors and added notes and sources, making it accessible and easier to learn.

The booklet can be read and downloaded here.