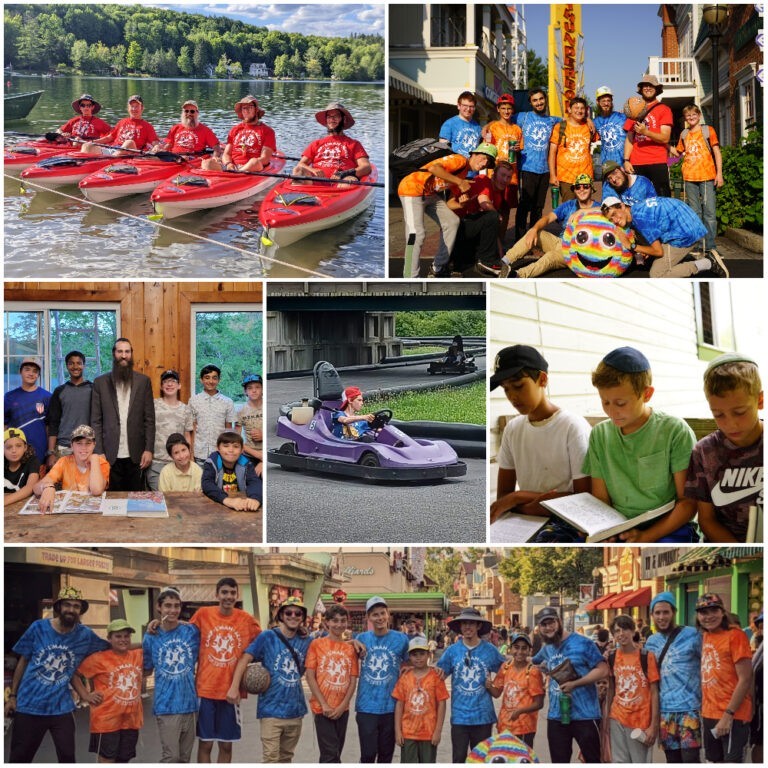 Camp Lman Achai finished the summer with incredible trips, color war, and more. The camp has already seen the effect the summer had on its camera as they return home and bring their inspiration back with them.

After an incredible summer, Camp Lman Achai finished strong with a packed last few weeks of camp. The Junior division was treated to a trip of go-karting. They also enjoyed batting cages and miniature golf. After this exciting day, they were able to go on a beautiful hike together.

Meanwhile, the Teen program went on an intense, but rewarding hike. The campers hiked a few thousand feet above sea level and at the peak of the mountain, they reached a watchtower, with a gorgeous view.

Throughout the color war, the camp learned about bringing holiness into their day-to-day routine, and the beauty of Shabbos. Everyone had a great time with various types of relay races and plays. In addition to that, both teams had a Torah-by-heart competition to memorize parts of the Torah which could earn the teams a lot of points. Through the help of the dedicated staff, both teams had every member finish their quota of Torah by heart.

At the end of the color war, the teams prepared grand plays. Team Chol performed the winning play of the famous story of a chossid of the Rebbe Maharash that owned a liquor factory. Throughout the play, you could see how you can take your regular, mundane schedule of life and business, and infuse it with holiness. Ultimately, color war was a lot of fun and the campers took home meaningful lessons and of course, learned a lot!

After the nine days ended, the camp went to Six Flags. In Six Flags, the campers showed their Jewish pride. The groups were broken up into small groups with a few kids and one staff member. And everyone was careful to carry a pair of tefillin along with them. To our luck, there was a non-frum Jewish camp that was there the same day and they were very easily identifiable because they all wore their camp shirt it almost became a contest amongst all our staff and campers who could get the most pairs of tefillin. Throughout the day we had dozens and dozens of Tefilin being put on, many of them for the first time. The campers from the other camp were very interested because, for many of them, it was their first time putting on tefillin. It was a novelty for them and It was a beautiful experience for the Lman Achai campers.

At the end of the summer, the campers went home with a tremendous amount of Jewish pride and excitement to bring living Judaism to their homes. The camp has already received a lot of positive feedback from both parents and shluchim who sent kids from their community to Lman Achai.

The directors of Lman Chai Camp have already heard about a few campers who will be transferring out of public school and into Jewish school as a result of their camp experience. This all comes to show the impact of what the Rebbe would often point out. The accomplishments of overnight camp and living 24 hours a day surrounded by Yiddishkeit can and will have a tremendous and everlasting impact for the good.