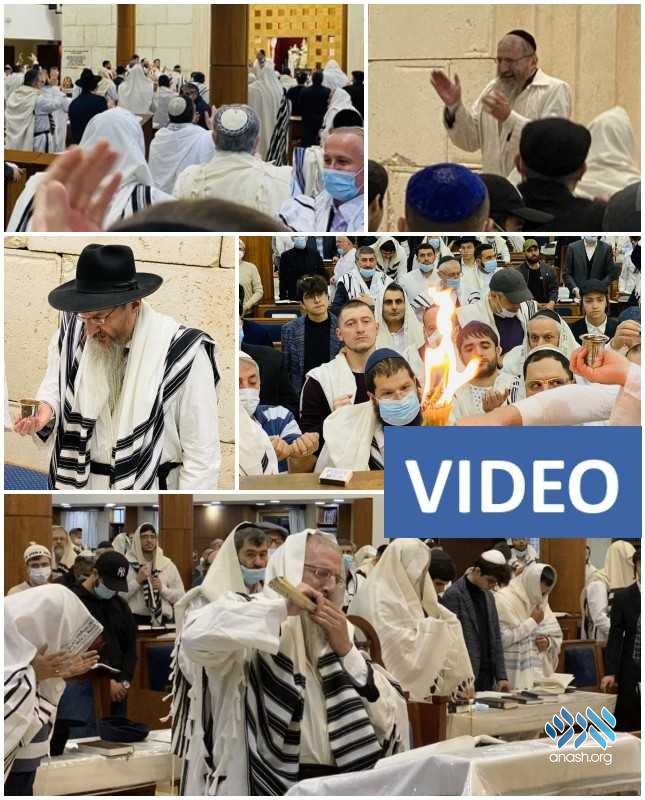 Thousands attended Yom Kippur minyonim in over 30 shuls across Moscow, with the largest minyan taking place in in Marina Roscha shul with Chief Rabbi Berel Lazar. The fast concluded with Napoleon’s March, havdala and a break-fast.

In addition to the main minyan, dozens of smaller minyonim were arranged in various locations throughout Moscow, to allow for those who wished to daven with a smaller crowd. The Chabad Houses across Moscow also held minyonim in open spaces for the benefit of tens of thousands of Moscow Jews.

The highlight of Yom Kippur was at during Neilah, when following inspiring words from the chief rabbi of Russia Rabbi Berel Lazar, the entire crowd called out ‘Shema Yisrael’ led by chazzan R’ David Zeitag. This was then followed by the singing of “Napoleon’s March” which lasted for many long minutes, led by Rabbi Lazar.

At the end of ma’ariv and havdalah, the public was invited to refreshments and a Yomn Tov meal in the various halls of the Marina Roshcha center.