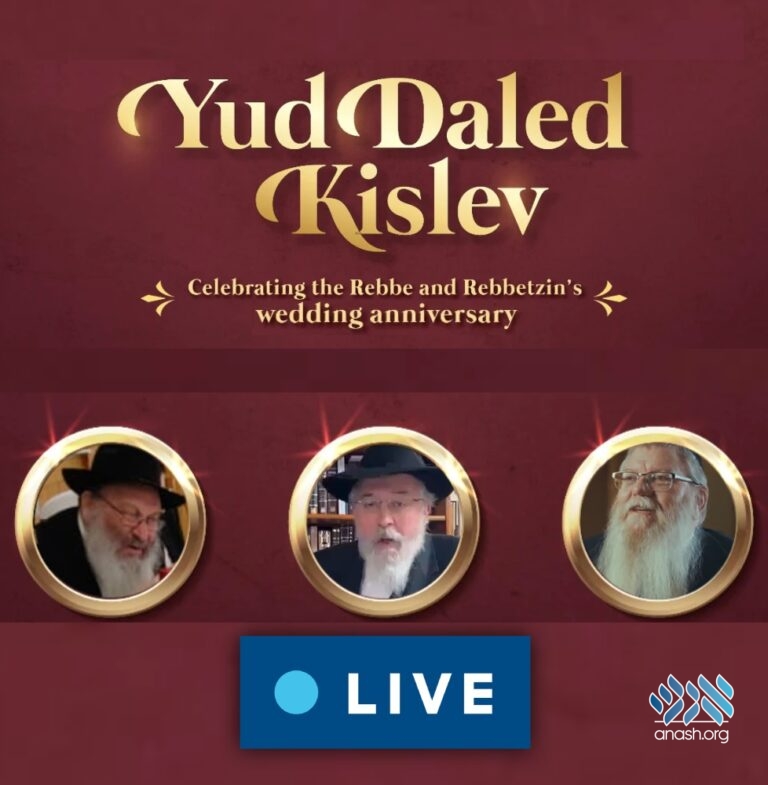 A special farbrengen for men will be held on Zoom tonight, Wednesday night, to make Yud Daled Kislev, the anniversary of the Rebbe and Rebbetzin.

Leading the farbrengen will be Rabbi Yoske Gopin of Connecticut, Rabbi Yoske Greenberg of Alaska, and Rabbi Yehuda Weg of Oklahoma.