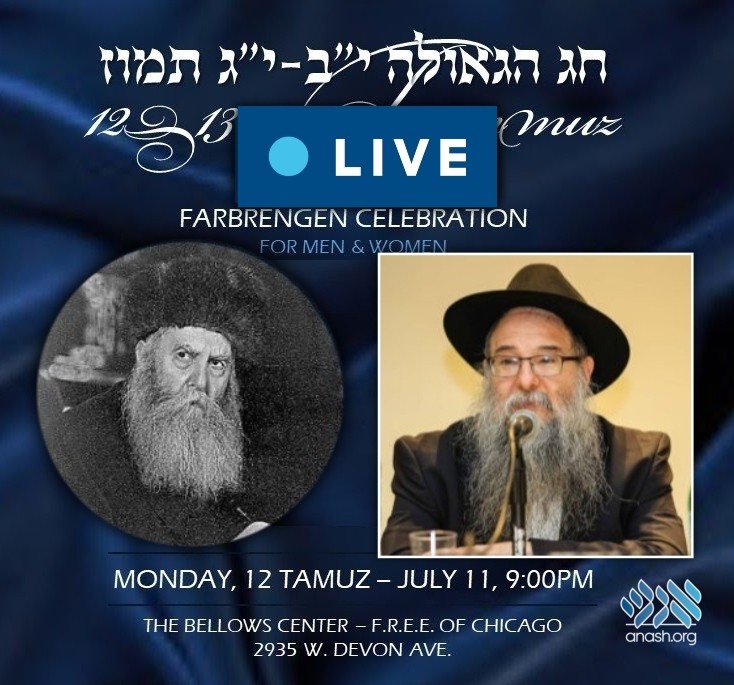 A farbrengen marking Yud Beis-Yud Gimmel Tammuz, the chag hageulah of the Frierdiker Rebbe, will take place Monday evening at FREE of Chicago.

The farbrengen will be led by Rabbi Avremel Sternberg, shliach in New London, Conn. and will be broadcast live for the benefit of the Chabad community worldwide.

The Frierdiker Rebbe was released from Soviet Exile on 12 Tammuz 5687, following his imprisonment for disseminating Torah in the Soviet Union. Since then, Chassidim have celebrated the day as a chag hageulah, marking the victory of Torah and Mitzvos.

The farbrengen will be held at the Bellows Center – FREE of Chicago 2935 W Devon Avenue Chicago Il 60659.

The Farbrengen will be streamed live on Anash.org.